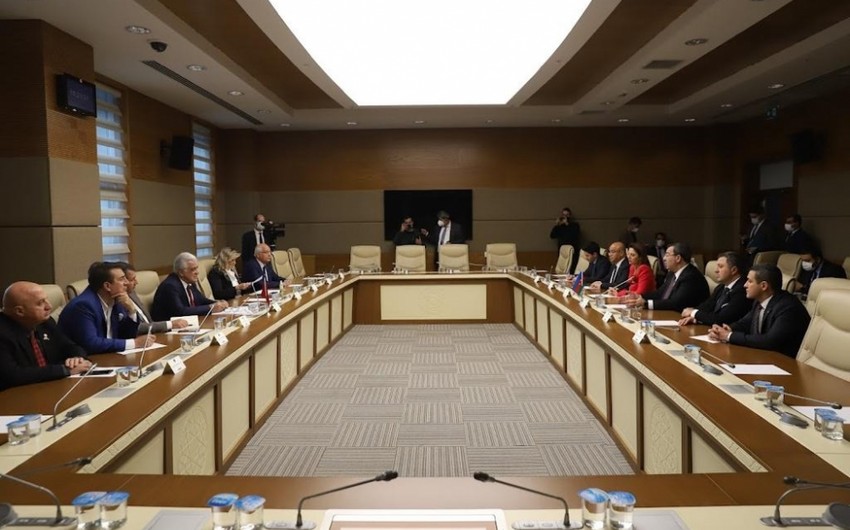 Prospects for the development of relations between the parliaments of the two brotherly countries, regional and other topical issues on the agenda were discussed at the Turkish Grand National Assembly meeting.

It was a pleasant coincidence that the meeting took place on the Day of Restoration of Azerbaijan’s Independence.

Highly appreciating Turkey’s political and moral support for the glorious victory of the invincible Azerbaijani Army under the leadership of Supreme Commander-in-Chief Ilham Aliyev, chairman of the committee Samad Seyidov said the Azerbaijani people will continue to stand by the Turkish people.