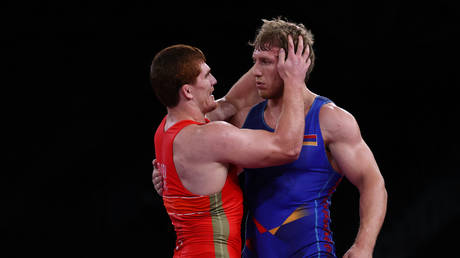 Wrestler Musa Evloev landed the 13th gold medal of the Tokyo Games for the Russian Olympic Committee (ROC) team with victory in the Greco-Roman 97kg final, but Armenian rival Artur Aleksanyan appeared disgruntled at the result.

The two top-ranked stars went toe-to-toe on Tuesday, with defending champion Aleksanyan seeking to add to the gold medal he won in Rio five years ago while his Russian rival was bidding for an Olympic title to add to his two World Championship crowns.

But it was Ingushetia-born star Evloev who prevailed 5-1 in a dominant performance against the three-time former world champion.

Heading into Tuesday’s showdown, Evloev, 28, and Aleksanyan, 29, were familiar foes on the mat.

The Armenian beat his rival to gold at the 2017 World Championships in Paris, while the Russian prevailed in their meeting in the final at the same event in 2019.

After losing out in the pair’s latest tussle, the Armenian voiced his anger at the judges, complaining to Russian outlet TASS about the scoring.

“Everyone saw everything. I don’t know how much you can take. Just watch the contest back, everything will be clear,” Aleksanyan fumed.

When asked for an interview by Russian TV in the mixed zone later on, the disgruntled Aleksanyan was quoted as simply replying: “You need to be from Russia to win.”

In contrast, Evloev was ecstatic at being crowned Olympic champion. 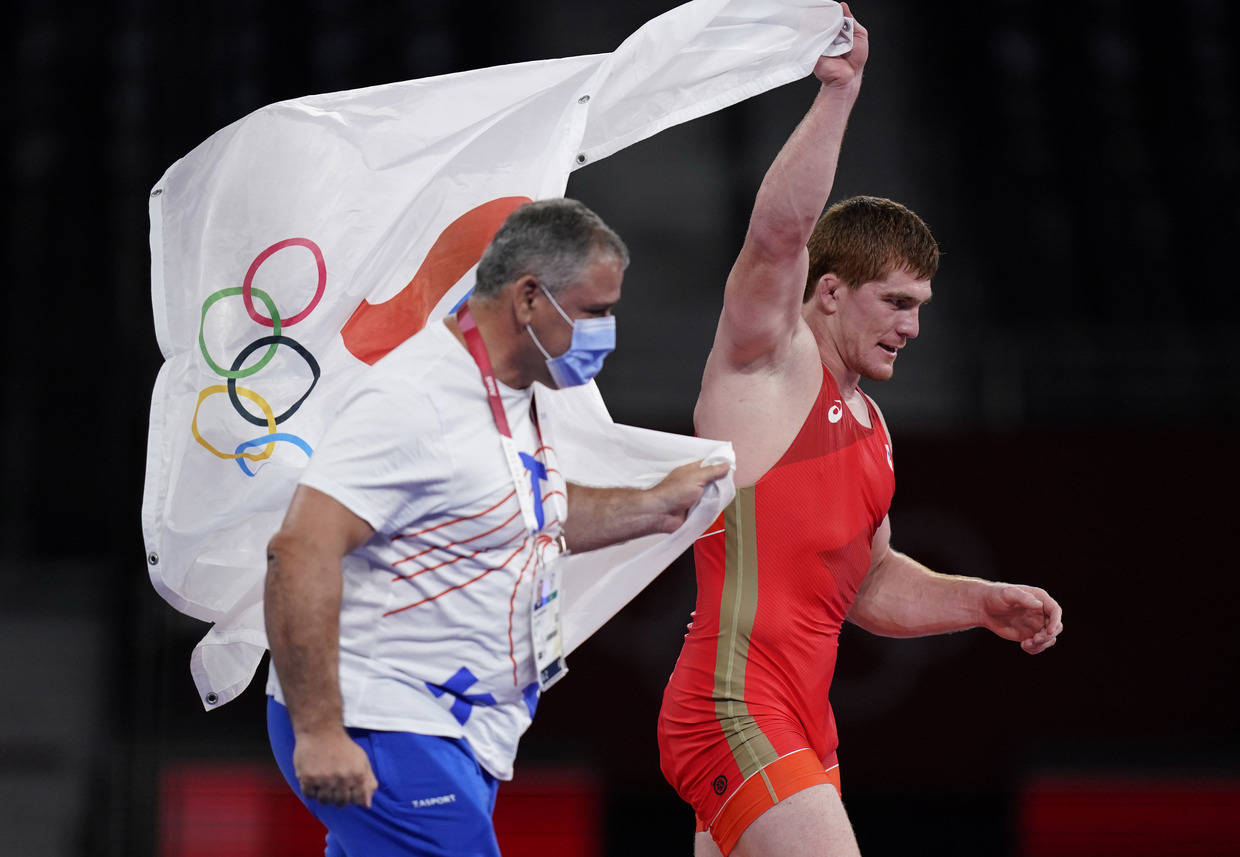 Evloev paraded with the ROC flag after his victory. © USA Today Sports

“I’m happy. I came here to win an Olympic medal. It took a long time to achieve this,” the ROC Telegram channel quoted the star as saying.

“It’s always a little difficult to get involved in a tournament. Rivals are unpredictable, you have to restrain yourself a bit. But then I got into a grove, today I felt perfect.”

Evloev’s victory boosted the tally for the ROC team in the Tokyo medal table, where at the time of writing they lie fifth with 13 gold, 21 silver and 18 bronze medals. China lead the way, followed by the USA, hosts Japan and then Australia in fourth.