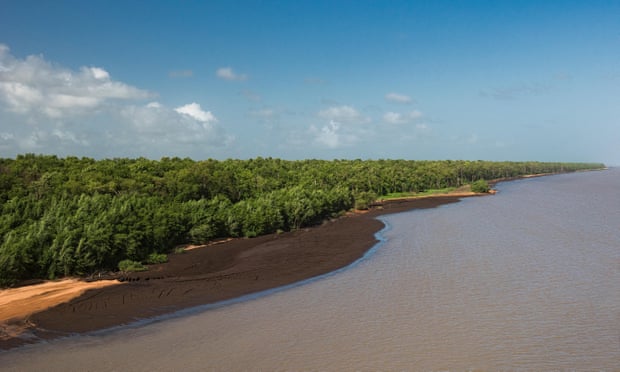 The World Bank has been criticised for providing $55m (£43m) to aid fossil fuel extraction in Guyana, at the same time that it has pledged to stop direct funding of oil and gas production.

The Washington-based institution, which provides loans and grants to aid the development of poorer countries, will provide $20m to pay for the training of Guyanese oil and gas officials, including those involved in the marketing of oil.

It will also provide $35m to revamp the banking and insurance sectors in the country, in anticipation of the influx of billions of dollars of oil money from new oilfields.

The World Bank gained plaudits from environmental groups in 2017 when it pledged to “no longer finance upstream oil and gas” after 2019.

However, the pledge allowed it to finance the strengthening of governance and regulation in poorer countries, in the hope of avoiding the so-called resource curse in which oil wealth brings corruption and misuse of money.

Read more:   26 years passed since occupation of Fuzuli and Jabrayil districts by Armenia

Campaigners said the World Bank’s focus on the oil and gas sectors clashed with its commitments “to help countries accelerate the transition to sustainable energy” and to support the 2015 Paris agreement goal of keeping global temperature increases to below 2C.

“The World Bank’s public assistance to upstream oil development in Guyana is a blatant contradiction to Guyana’s climate change priorities and the bank’s commitment to the Paris climate agreement,” said Heike Mainhardt, a senior advisor at Urgewald, a German non-governmental organisation that has tracked the projects. “I am perplexed by the World Bank’s disregard for its own warning.”

Mainhardt said the World Bank’s provision of assistance to the Guyanese government and general budget support allowed it to get around its pledge not to finance upstream oil and gas projects. The country’s rulers were then free to use the money to finance oil development directly, she said.

Guyana is expected to become one of the world’s largest oil producers after US firm ExxonMobil, along with the consortium partners Hess and China’s state-owned CNOOC, found sites that could deliver 8bn barrels of oil, including in the offshore Stabroek block.

The consultancy Rystad Energy this month forecast that Guyana’s oil production could reach 1.2m barrels per day by the end of the decade, lifting total annual oil revenues well above $20bn at current prices.

Melinda Janki, an international lawyer challenging oil development in Guyana, asked why the World Bank was not funding cheap renewable energy for the country. She said the institution was “pushing Guyana down a financially disastrous development path”.

Oil production has become a significant issue in the run-up to Guyana’s election in March, after criticism of the incumbent government run by President David Granger.

This month Global Witness, a corruption monitor, said a 40-year deal agreed between the government and ExxonMobil for drilling rights would deprive the country of $55bn. The Guyanese opposition has promised to renegotiate the contracts.

A World Bank spokeswoman said: “The World Bank has not provided any financing to develop the Stabroek Block oilfield.”

She added that the resources governance project “is aligned with the World Bank’s 2017 One Planet summit announcement that the [World Bank Group] will no longer finance upstream oil and gas, but will continue to help client countries strengthen transparency, governance, institutional capacity, and the energy regulatory environment, including oil and gas.”