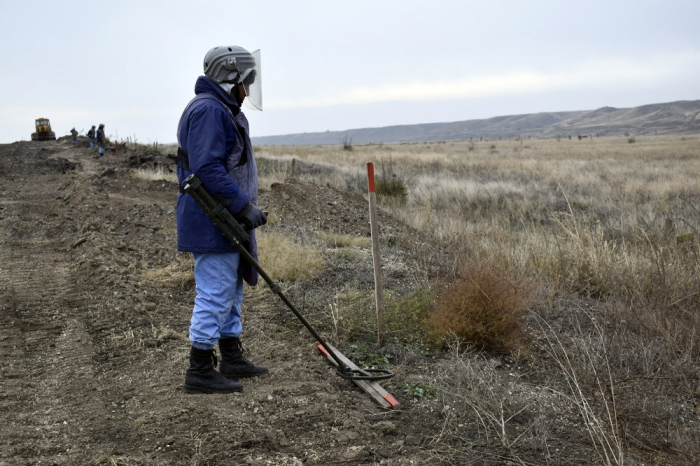 During the Second Karabakh War, the Armenian side spontaneously mined the Azerbaijani territories before leaving, said Idris Ismayilov, chief of staff of the Azerbaijan National Agency for Mine Action (ANAMA).

“The Armenian Armed Forces fired more than 1,400 banned shells and weapons at the territories of Azerbaijan”, Ismayilov noted.

“Currently, more than a hundred personnel are clearing mines in the frontline. 80-85 per cent of the liberated areas are dangerous. Fields, mountains and pastures will be cleared of mines. It is planned to return people to their homes as soon as possible”, he added.

Armenian Armed Forces launched a large-scale military attack on positions of Azerbaijani army on the front line, using large-caliber weapons, mortars and artillery on Sept. 27. Azerbaijan responded with a counter-offensive along the entire front.