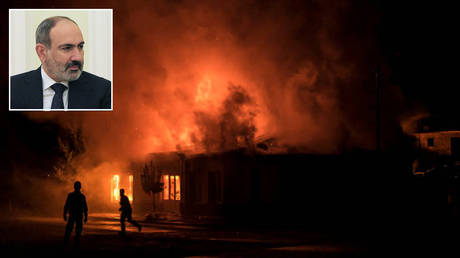 Armenian Prime Minister Nikol Pashinyan has said that his country is now dependent on its alliance with Moscow for protection after a military defeat last year saw it concede territory under its control to neighboring Azerbaijan.

The embattled leader, who has faced waves of mass protests and riots in the capital, Yerevan, since signing a Kremlin-backed ceasefire agreement, made the comments to parliamentarians on Wednesday. “How should Armenia ensure its security?” Pashinyan asked. “We must emphasize that the basis of Armenia’s external security is a military alliance with Russia, which is underpinned by several dozen treaties.” 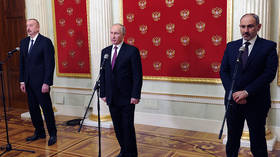 “In this context, the Armenian-Russian joint deployment of forces and a unified air defense system are of practical importance for us.” On the basis of these two approaches, he said, “an attack on Armenia means an attack on Russia.” The prime minister also revealed that the two countries have begun discussions around expanding a Russian military base in the country, and potentially opening a second site in Armenia’s far south, which neighbors both the disputed self-declared Republic of Artsakh and Iran. (RT)