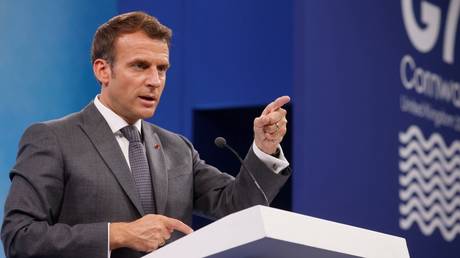 French President Emmanuel Macron called on the UK not to “waste time” bickering over sausages and instead to get the Brexit deal between the UK and EU to work. Earlier, Britain accused Macron of disrespecting the UK’s integrity.

“My wish is that we succeed collectively in putting into action what we signed several months ago,” Macron told a press conference after a meeting of G7 leaders on Sunday. “Let’s not waste time with controversies that are created in corridors and backrooms.” (RT)