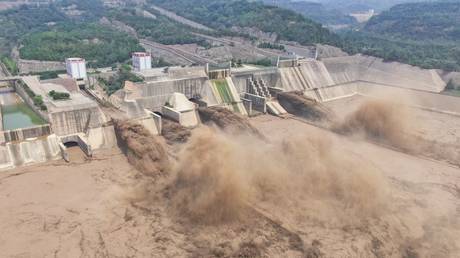 As floods wreak havoc on China’s Henan province, the military has been dispatched to prevent a dam from collapsing. Floodwaters have already washed away two dams elsewhere in China this week.

Heavy rain and rising floodwaters overwhelmed Henan province in central China on Tuesday, flooding subway stations in the city of Zhengzhou and washing vehicles off the road. By Tuesday night, however, the nearby city of Luoyang and its seven million inhabitants faced an even more sobering threat: the collapse of the Yihetan Dam, which holds back the waters of the Yellow River from the city. (RT)