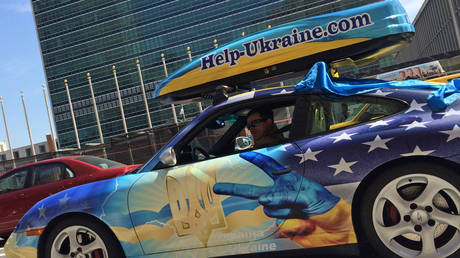 Some 47% of Americans believe their government should push Ukraine to reach a peace agreement with Russia as soon as possible, rather than committing to backing Kiev for “as long as it takes,” according to the results of a poll conducted by the Chicago Council on Global Affairs.

An equal percentage of Americans told pollsters they believed either Moscow (26%) or Kiev (26%) was currently “winning” the conflict, with a plurality (46%) instead arguing neither country was coming out ahead.

This has apparently affected the tolerance of Americans for continued blank-check funding to the government in Kiev. While 58% of respondents in July said Washington should back Ukraine for “as long as it takes,” that figure has declined to 48% as of last month. The percentage calling for Kiev to sit down for peace talks has correspondingly increased from 38% to 47% since July.

In general, those who believed Ukraine was winning the war were more willing to both support the government in Kiev on a long-term basis and endure personal misfortunes like higher food and gas prices. 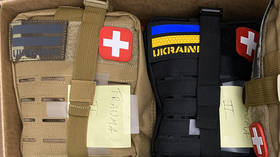 A majority of Americans supported maintaining the status quo with regard to sending weapons to Ukraine (65%), and about the same backed consistent levels of economic aid (66%). Accepting Ukrainian refugees (73%) and applying sanctions against Russia (75%) were the policies that enjoyed the broadest base of support among poll respondents.

Just over a quarter (27%) said they believed the US should intervene militarily to turn the tide in the conflict and end the war as soon as possible, while 29% said Washington should gradually withdraw its support for its eastern European ally.

Republicans were more likely to express willingness to cut off funding to Ukraine, with 43% stating that a gradual withdrawal of finances was the best way forward. However, a plurality of independents (39%) and a narrow majority of Democrats (53%) still believe the US should continue its support for President Vladimir Zelensky’s government indefinitely.

Since Republicans regained control of the House of Representatives in November’s midterm elections, the party has vowed to rein in spending on Ukraine, arguing Americans have bigger problems at home – specifically inflation, the cost of living crisis, and record levels of illegal immigration at the southern border. (RT)