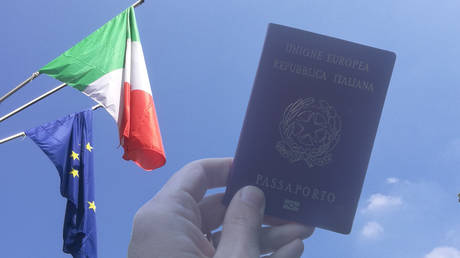 True to the country’s reputation as a melting pot, some 40% of Americans are eligible for European citizenship, according to Global RCG, a consultancy that helps Americans secure foreign citizenship and residency permits. Some countries have lower barriers to entry than others. For example, would-be Italian citizens need only show they have family ties to the country dating back to 1861, while Ireland allows Americans four generations removed to apply as long as one of their great-grandparents was born there.

Twice as many Americans – 3,284 – applied for Irish passports in the first six months of this year compared to 2021, according to government statistics, while citizenship consultancy firms reported similar explosions in interest among would-be citizens of Italy and Germany. Italy’s citizenship “wait list” for the New York consulate alone includes 3,700 names. 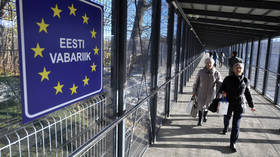 The Italian American Citizenship Assistance Program, a consultancy based in Florida, has seen interest double over last year, with applications kicking into high gear starting around the end of 2021. “Politics is the main reason people cite for looking to get out,” the firm’s principal, Giorgio Nusiner, told Bloomberg.

Irish Citizenship Consultants’ founder Kelly Cordes agreed, telling the outlet, “Every time there’s a huge political decision that has the potential to dramatically change the everyday life of Americans, we see a spike in searches from both sides of the political spectrum.” She claimed inquiries tripled following the Supreme Court’s decision to reverse Roe v Wade and allow states to set their own policy on abortion, even though Ireland’s abortion laws are stricter than those of most US states.

Like those Americans who vow to move to Canada if an election doesn’t go their way, those inquiring with citizenship consultants about a second passport don’t necessarily act on their impulses, preferring to “have the option,” German immigration lawyer Julie Schafer told Bloomberg. She noted that she too had seen a spike in inquiries following the Roe reversal, though like Ireland, its laws governing abortion are stricter than those of many US states. Other would-be global citizens are interested for financial reasons or ease of travel, as the Covid-19 pandemic alerted many Americans to the limits of their US passports. (RT)

Azerbaijani female table tennis players have won two medals, including a gold at the Shymkent…