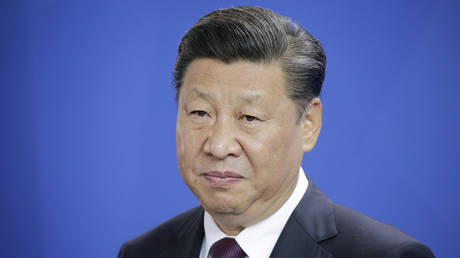 In recent years, but notably in the wake of the Communist Party of China’s (CPC) 20th National Congress that just concluded at the end of October, Western writers have rushed to accuse Beijing of becoming anti-Western. This is seen in several examples by Western writers, such as the New Yorker’s Evan Osnos or a quintessential China-blaming piece recently published by the New York Times’ Thomas Friedman.

In his article, titled “How China Lost America,” Friedman says that there are four trends in China that have soured the US-China relationship: market manipulation, hyper-nationalism, aggressive foreign policy and Beijing’s “zero-Covid” policy. But he does not elaborate these points to any convincible degree and fails to acknowledge the extent to which Washington’s own policies are to blame for China’s perceived turn from the West.

First of all, a lot of what is called intellectual property theft (which Friedman mentions in his piece) is just ordinary intellectual diffusion. The FBI started an entire ‘China Initiative’ to investigate such instances in top US universities and companies – and it came up almost completely empty-handed to the point that it had to be shut down for devolving into a vehicle for anti-Asian racism. 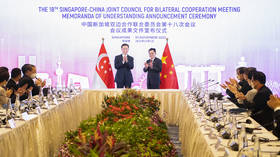 Where China is aiming its diplomacy after the Communist Party Congress

This also doesn’t even acknowledge the extent of the US’ own market manipulation, namely through the sheer influence that its multinationals have in creating trade and economic policy, or its promiscuous use of unilateral sanctions. The US also routinely violates its World Trade Organization (WTO) duties in its trade war against Beijing. The organization even allowed China to impose duties on $645 million worth of imports over US trade malpractice in January.

For an American to call China hyper-nationalist is laughable. The US is the most cartoonishly nationalistic country in the history of our species: children in most public schools are required to swear a ‘pledge of allegiance’ to the flag every morning, Americans only know one language on average and the American flag is draped everywhere in the country. Chinese people are, on balance, much less chauvinistic and more open-minded.

Likewise, it’s hard to take insinuations of Beijing’s supposed “aggressive” foreign policy seriously either. The People’s Republic of China has never started a war since its inception and has not been involved in a proxy war in decades. Compare that to the fact that the US has been at war for nearly every single year of its existence since 1776. It is actually America’s aggressive foreign policy that is prompting resistance from Beijing.

Finally, on the zero-Covid point, this is just sensible policy. Virtually every country in the world has caved into public pressure to relax Covid-related restrictions. That’s fairly understandable because of how ineffective they were in most countries. But that doesn’t change the fact that Covid-19 is an extremely deadly and debilitating disease that is continuing to kill many people and leave many more disabled. If one could choose to eliminate Covid-19 from society, then why wouldn’t they? Thankfully, China has effectively used its technology to do just this – and it works.

A January report by Citigroup, based on three surveys conducted by the American Chamber of Commerce China, the EU Chamber of Commerce China and the Japan External Trade Organization, found that China is their favorite investment destination. Among the top reasons listed was the country’s supply-chain resilience and the effectiveness of its Covid-19 controls. 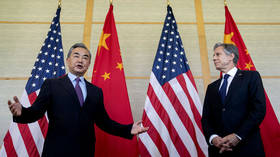 US and China discuss bilateral rivalry

Here’s the real story of why Friedman and others are bashing China: when Beijing began its reform and opening-up policies, it was hoped that this explosion of American capital into the country would be hand-in-hand with regime change. This did not happen. In fact, China’s leaders anticipated this and made moves to ensure that this didn’t happen. And top American intellectuals are mad about it. That’s the sparknotes version.

Read more:   IEA: Around 15% of global energy-related emissions come from the process of getting oil and gas out of the ground and to consumers

To quote China’s leader during the beginning of the opening-up and reform period, Deng Xiaoping: “No matter to what degree China opens up to the outside world and admits foreign capital, its relative magnitude will be small and it can’t affect our system of socialist public ownership of the means of production.”

There’s been a lot said about Chinese President Xi Jinping’s supposed anti-West sentiment and hardcore communist ideology, but that does not acknowledge that the People’s Republic of China has always been a single-party socialist state – and a fiercely independent one at that – since its inception. And, just as the US has spent decades doing, it will do everything in its power to make independent nations acquiesce to its way of doing things, e.g., what is now called the ‘rules-based international order.’

Friedman and others who are blaming Beijing for initiating the deterioration of the US-China relationship do not live in the world of facts and causation. They live in a world clouded and distorted beyond repair by US exceptionalism. It’s not anything China did or didn’t that’s to blame for Americans’ deteriorating view of Beijing; rather, it’s these same people spinning their agenda and misinforming the public.