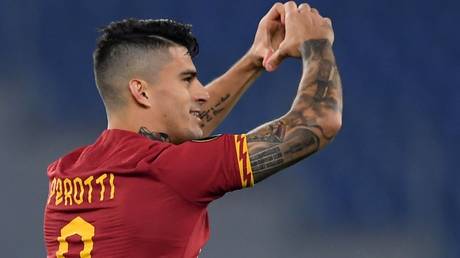 American billionaire Dan Friedkin is set to complete his purchase of Italian Serie A club AS Roma in a deal worth more than $700 million, the club announced Thursday.

Roma issued a statement early Thursday morning confirming that formal contracts had been signed and Friedkin’s Texas-based company, Friedkin Group had agreed to purchase the club for an official price of 591 million Euros.

“We look forward to closing the purchase as soon as possible and immersing ourselves in the AS Roma family,” Friedkin said in a statement on the club website.

Club president James Pallotta said the deal would be completed and ownership transferred to Friedkin by the end of the month.

“Over the last month, Dan and Ryan Friedkin have demonstrated their total commitment to finalizing this deal and taking the club forward in a positive way. I am sure they will be great future owners for AS Roma,” said Pallotta.

The deal marks the end of an eight-year chapter in the club’s history after Roma was purchased by a group of American investors led by Pallotta back in 2012.

However, while their tenure stabilized the club’s previously shaky financial position, they were unable to bring success on the pitch, with the club running through eight coaches and failing to win any silverware during their time at the club. Indeed, the club remains in a trophy drought that stretches back to 2007-2008, when they won the Coppa Italia.

Roma finished as Serie A runners-up three times under Pallotta’s leadership and reached the Champions League semi-finals in 2017-18. The club’s last Serie A title came back in 2001. Off the field, plans to build a new stadium to allow the club to move from their current Stadio Olimpico home were frustrated by planning issues.

Now those challenges will fall to Friedkin, who will look to revive the club’s fortunes, on and off the pitch as they bid to revitalize themselves from one of European football’s sleeping giants into a real force once again. (RT)