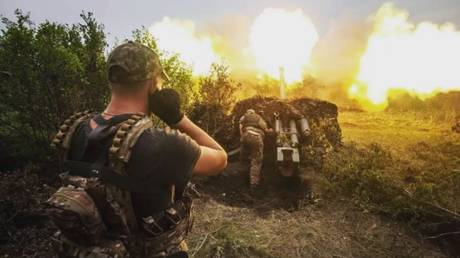 FILE PHOTO: A Ukrainian artillery unit conducts exercises at an undisclosed location in Ukraine. ©  General Staff of the Armed Forces of Ukraine

An aide to a top Ukrainian commander said Kiev seeks to reclaim all territories lost to Russia since 2014 FILE PHOTO: A Ukrainian artillery unit conducts exercises at an undisclosed location in Ukraine. © General Staff of the Armed Forces of Ukraine

Ukraine will refuse to negotiate with Russia and fight to return to its 1991 borders – established following an independence vote ahead of the collapse of the Soviet Union – according to Dan Rice, an American citizen advising the commander in chief of Kiev’s armed forces.

Speaking to CNN’s Erin Burnett for an interview on Tuesday, Rice appealed to Western states for additional arms shipments to Ukraine, adding that while the country desperately needs air defense systems and aircraft, it has no interest in diplomacy with Moscow.

“[Russia is] trying, in my opinion, to get to the negotiating table, to try to go back to the 2014 lines,” Rice claimed. “Ukraine won’t have it. Ukraine wants all of their land back, back to the ‘91 lines.”

Dan Rice, an advisor to the commander of Ukraine’s army, tells CNN that Russia is “trying to get to the negotiating table, to try to go back to the 2014 lines.” That means Crimea and the Donbas.But “Ukraine won’t have it. Ukraine wants all of their land back to the ’91 lines.” pic.twitter.com/unyljYKJuB

Ukraine’s 1991 borders would include four formerly Ukrainian provinces – Donetsk, Lugansk, Kherson and Zaporozhye – as well as Crimea, all of which have voted to join the Russian Federation in a series of referendums. Crimea’s was held in 2014 soon after the ‘EuroMaidan’ revolution ousted Ukrainian President Victor Yanukovich, while the other provinces voted to leave Ukraine last month.

Despite Rice’s assessment of Moscow’s position, the Kremlin has made clear that it has no intention of reversing the referendums, with Russian President Vladimir Putin recently stating that while he is prepared to negotiate with Kiev, “the choice of the people in Donetsk, Lugansk, Zaporizhzhia and Kherson will not be discussed.” 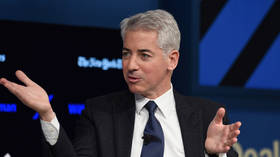 Russia’s most recent call for negotiations came last week, when Kremlin spokesman Dmitry Peskov suggested Moscow’s goals could be achieved diplomatically and that it remains “open” to talks. However, he added that “it takes two sides to have a dialogue,” saying negotiations are unlikely given the “very, very hostile stance” toward Russia by Ukraine’s Western backers.

A US Marine combat veteran and West Point graduate who now runs the consulting firm Thayer Leadership, Rice went on to voice hopes that Poland would provide its “old Russian fighters” to Ukraine in exchange for American F-16 jets, claiming the aircraft are currently “mothballed” and would come at no cost to the US taxpayer.

“The biggest thing they need right now is air defense systems – both missiles and aircraft. We really need the Ukrainian Air Force to be restocked,” he continued. “We [the United States] are putting in a lot of air defenses, they are just getting there though.”

Rice was tapped to serve as a special advisor to Valeriy Zaluzhnyi, the commander in chief of the Armed Forces of Ukraine, back in June, reportedly at the general’s “personal invitation.” His own LinkedIn page notes that he works in an “unpaid/voluntary role,” and says he will use his official access to “research the Ukrainian military leader development and learning, and how the culture changed between 2014-2022.” (RT)

Neither side had even announced that there would be such a trip, Beijing says FILE…