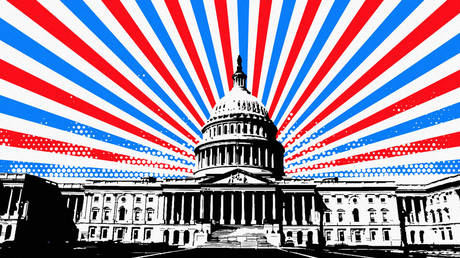 A new bill before the US Senate that would introduce unprecedented new sanctions against Russia, as well as against top officials including President Vladimir Putin, has soured security negotiations between Moscow and Washington.

At present, the measures have been mooted as a potential response to any invasion of Ukraine but, if imposed, they would have a dramatic effect on the Russian economy. While businesses are wary of ‘geopolitical risks,’ so far the markets have exercised restraint. Indeed, avoiding panic is the right choice, given that, barring military escalations, the chances the bill would come into force are low.

However, the proposals represent an exceptionally tough stance on Moscow’s Euro-Atlantic security proposals, which have been the subject of talks between Russia, Washington and NATO. The White House opted not to dismiss the two draft treaties put forward by the Kremlin straight away, and entered into a cautious dialogue with Russia. Nevertheless, it is clear diplomacy does not appeal to everyone, and Democratic Senator Bob Menendez, the chief architect of the sanctions, has urged Washington not to make any concessions when it comes to Russia.

In addition, the bill calls for more military assistance to Ukraine, and using punitive measures to contain Russia. And what an impressive list of sanctions it is, including:

Unlike the US administration, which ties tougher sanctions with an open military confrontation between Russia and Ukraine, American senators themselves do not clearly spell out the conditions under which the proposed set of sanctions is to be implemented. The bill calls for regular reports to be submitted to the president describing the level of tensions between Moscow and Kiev. 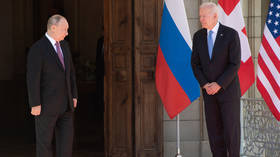 Should Moscow build up pressure, compared to its levels of December 2021, and if Russia’s actions (from Washington’s point of view) threaten Ukrainian statehood, the President of the United States would be required to introduce new sanctions.

In fact, the sanctions can be imposed at any time, since the criteria are somewhat vague.

It’s a bit of a consolation that the chances of the current version of the draft bill passing the Senate don’t seem to be very high. This is primarily because the bill itself is intended to provoke Russia into escalating tensions. It’s highly unlikely, though, that the US administration would be willing to meet Moscow halfway on its proposals. Instead, it will most probably try to stall many of those proposals, leaving only those that the US cares about on the table. However, it is also very clear that Washington is in no mood to anger Russia. Moscow has already demonstrated in recent years that it’s both capable of and willing to use military force – swiftly and efficiently. Slapping Russia with severe sanctions and supplying Ukraine with weapons on a fast track could by all accounts provoke the Kremlin to use force.

This is why the US administration wants to act ‘slowly but surely.’ It can, and probably will, tighten up sanctions and supply arms to Ukraine, but gradually, step by step.

There is another reason why the bill might not fly. It will burden Washington with way too much red tape. Foreign policy is where the executive and legislative branches of power in the United States have a history of playing tug-of-war. Every now and then, the United States Congress attempts to have the White House perform some of the oversight procedures for the sanctions, and the White House is never happy about it. It is therefore not entirely impossible that this proposal will go down the same track as the Defending American Security from Kremlin Aggression Act (DASKA). The DASKA bill also proposed a tightening of the sanctions on Russia and left the procedural burden to the Administration. The bill met substantial criticism from the Bureau of Legislative Affairs of the US Department of State. 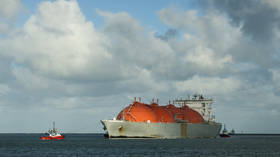 Finally, only a small fraction of sanctions bills ever make it into laws. According to the Russian Council on Foreign Affairs, in 2019-2021, only 29 out of 368 bills across all types of sanctions became laws, which is around 7%. Russia sanctions bills are drafted all the time: Bob Menendez’s initiative is impressive in its scale, but is, in effect, part of the legislative routine, given that there have been at least 40 other bills against Russia introduced over the past three years. Incidentally, there have been even more such bills discussed – 65, to be precise – against China.

Nevertheless, the US administration can clearly capitalize on such tactics. By introducing these bills, it demonstrates that Washington is ready to use tougher, more radical methods. The bills can be used to intimidate, but the US doesn’t have to go through with them. The chances of them passing would increase only in the case of a military escalation. Should that happen, the hawks on Capitol Hill would have a lot more cards to play.