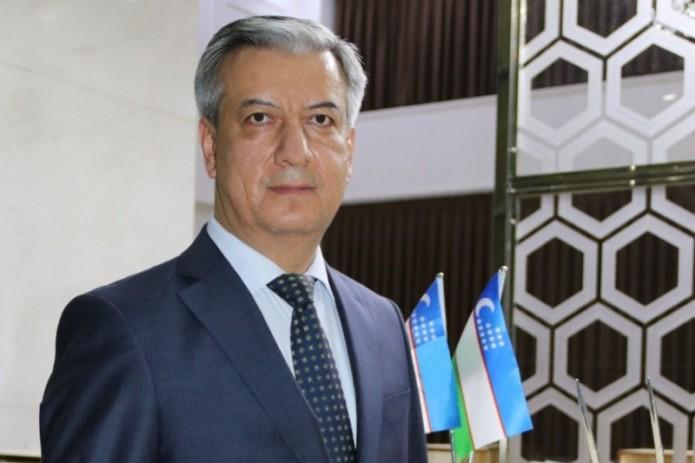 Ambassador Extraordinary and Plenipotentiary of the Republic of Uzbekistan to Azerbaijan Bahrom Ashrafkhanov made a statement following his visit to Ganja and a number of regions affected by the Armenian shelling.

“Thanks to the initiatives and support of the Presidential Administration and the Ministry of Foreign Affairs of Azerbaijan, I, together with my foreign colleagues, visited the city of Ganja and a number of regions of the country several times. During these trips, I became personally convinced of the dire consequences of missile strikes. I am shocked by everything I saw: the saddest thing is that innocent people are dying, “the ambassador said in a statement released by Region Plus magazine.

The diplomat noted that the prompt response of the competent authorities of Azerbaijan, including the Ministry of Emergency Situations, which organized rescue operations enabled to prevent a large number of casualties from missile strikes on Ganja by rescuing residents from the rubble of destroyed houses.

“I would like to note that the leadership of the Legislative Chamber of the Republic of Uzbekistan (parliament) also expressed concern over the armed conflict over Nagorno-Karabakh and human casualties, especially among the peaceful population of Azerbaijan. At the same time, I would like to reaffirm the position of Uzbekistan, which supports the settlement of the Nagorno-Karabakh conflict respecting the sovereignty and territorial integrity of Azerbaijan in accordance with the UN Security Council resolutions”, Ambassador  Ashrafkhanov highlighted.

He also expressed his condolences to the families and friends of the victims, wishing a speedy recovery to the victims.