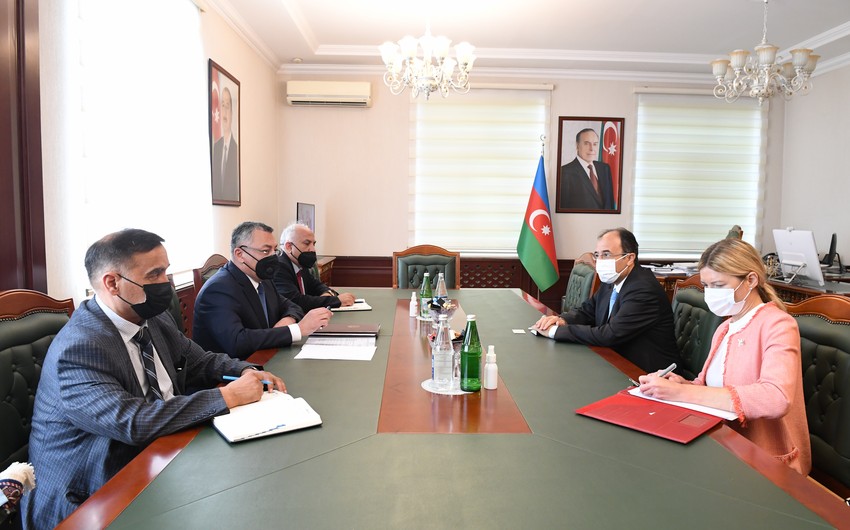 The Committee Chairman said that the Azerbaijani-Turkish relations described by National Leader Heydar Aliyev as “one nation, two states” are entirely in the interests of the two peoples. He also noted that friendly and fraternal relations between President Ilham Aliyev and President Recep Tayyip Erdogan had brought great benefits to the two countries. Rovshan Rzayev congratulated the Ambassador on the beginning of his diplomatic mission in Azerbaijan.

The guest was informed about Azerbaijan’s state policy on the work with refugees and IDPs in Azerbaijan. It was also stressed that President Ilham Aliyev pays special attention and shows great care for IDPs, and First Vice President Mehriban Aliyeva conducts purposeful work to solve their problems.

It was noted that preparations are underway to return the IDPs to the liberated territories and the lands from which they were expelled many years ago.

Ambassador Cahit Bagci thanked for the warm reception, stressed the importance of the liberation of Azerbaijani lands for the whole Turkic world, and said he would work further to strengthen the Turkish-Azerbaijani relations in conditions of the new realities.