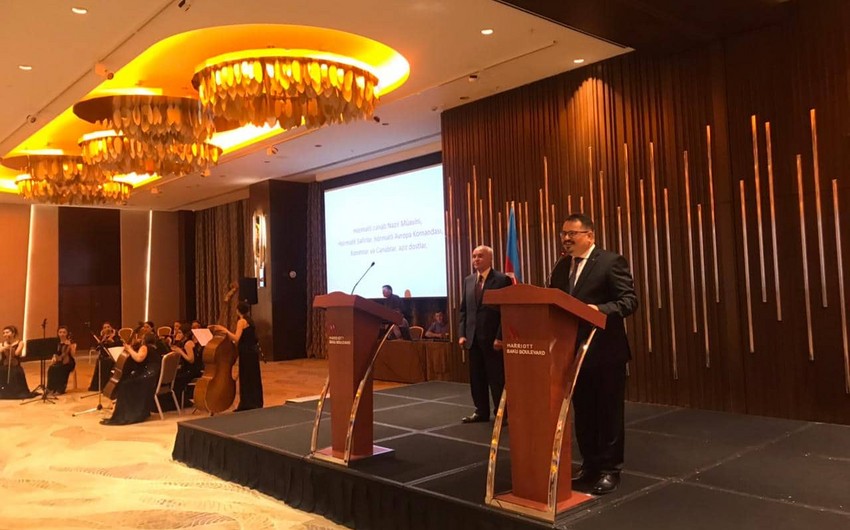 The European Union is a reliable partner of Azerbaijan, head of the EU Delegation to Azerbaijan Peter Michalko said at an event in Baku dedicated to Europe Day, Report informs.

“We have gone through the difficult times of the pandemic. In past years, we have strengthened relations with Azerbaijan in various areas,” the EU ambassador said.

Peter Michalko expressed hope that a comprehensive agreement would be signed between Azerbaijan and the EU in the near future.

The diplomat stressed that the EU supports the demining of the liberated territories of Azerbaijan: “The EU is taking active steps for peace, security and stability in the South Caucasus region. Our cooperation is developing in the energy sector, and the Southern Gas Corridor plays a special role. We also pay great attention to renewable energy sources.”

“After 30 years of occupation, the normalization of relations between Armenia and Azerbaijan in the post-conflict period will create a historic opportunity for peace, stability, economic development and prosperity in the South Caucasus,” Mahmud Mammadguliyev said.

The Azerbaijani official noted that the territorial integrity and sovereignty of countries, mutual recognition of the inviolability of borders, the importance of delimitation and demarcation of borders, as well as the opening of transport links and the signing of a peace treaty are priorities for Azerbaijan.

“Azerbaijan is a strategic, reliable partner of Europe in the energy sector. Commissioning of the SGC opened a new page in the exports of Azerbaijani gas to Europe. This project makes a significant contribution to energy security by diversifying energy supplies to Europe,” he said.