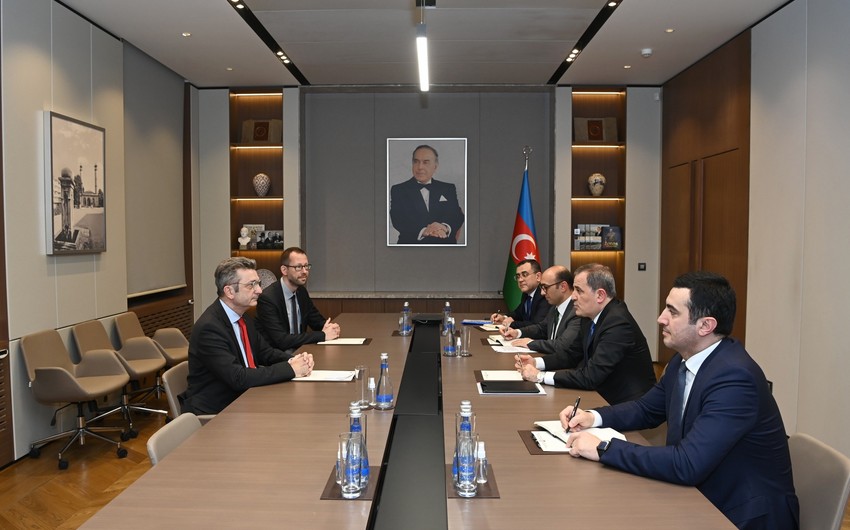 Report informs, citing the Foreign Ministry, that Minister Jeyhun Bayramov congratulated the ambassador on his new appointment and wished him success in his activities towards the development of Azerbaijan-Germany relations. Emphasizing the importance of developing bilateral relations with Germany, with which Azerbaijan is celebrating the 30th anniversary of diplomatic relations this year, he recalled with pleasure his visit to Germany in March of this year and the meetings he held with Foreign Minister Annalena Baerbock.

Ambassador Horlemann, in turn, said Azerbaijan is an important economic partner for Germany in the South Caucasus. He stressed the historical relations between Azerbaijan and Germany. The ambassador also emphasized the need to further develop cooperation between the two countries in energy and other fields.

Later, the sides also discussed humanitarian and cultural cooperation between Azerbaijan and Germany, as well as other issues of mutual interest.