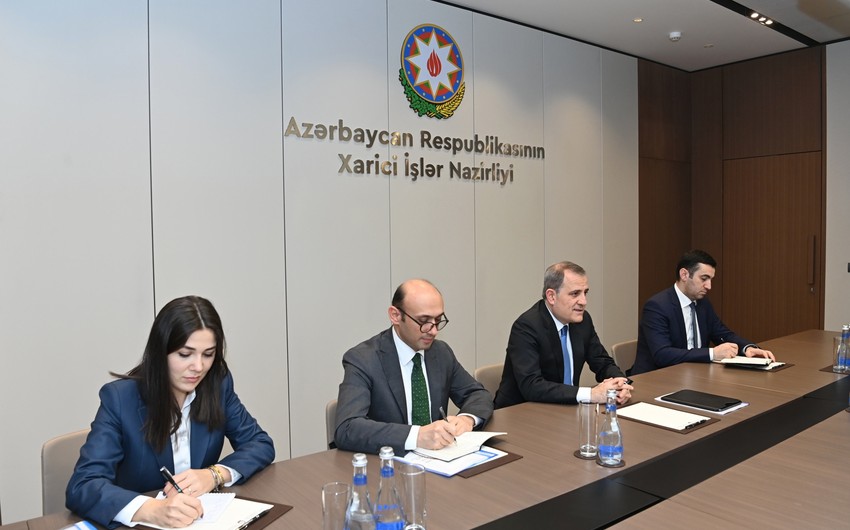 On December 9, 2022, Foreign Minister Jeyhun Bayramov met with Fergus Auld, the ambassador of the United Kingdom of Great Britain and Northern Ireland to Azerbaijan.

Report informs, citing the Foreign Ministry, that the sides expressed satisfaction with the bilateral and multilateral cooperation between Azerbaijan and the United Kingdom, and discussed in detail the issues of cooperation between the two countries in energy, transport-transit, education and other fields.

It was noted that the achievements in the economic field between the two countries are quite significant and Great Britain is the largest foreign direct investor in Azerbaijan.

The minister also informed the envoy about the process of normalization of Azerbaijan-Armenia relations, as well as the reconstruction and restoration works carried out in the liberated territories. He also informed his interlocutor about the mine threats in the region and the facts of non-fulfillment of tripartite statements and agreements by Armenia.

Ambassador Fergus Auld expressed his satisfaction with the close cooperation and partnership between the two countries since independence. He said that the cooperation between the two countries continues successfully and that there are wide prospects in energy, alternative energy, education, high technologies and a number of other directions. He noted that Azerbaijan made a significant contribution to Europe’s energy security. The ambassador pointed out that the efforts to eliminate the current mine threat and the support given to Azerbaijan in the field of demining will continue.

The sides also exchanged views on other issues of mutual interest.