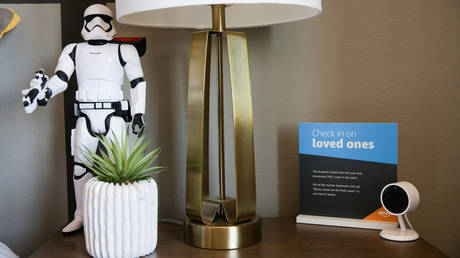 Amazon’s AI-based home security system is sending footage of users’ private moments to dozens of algorithm trainers halfway around the world, according to former employees – not unlike its Alexa “smart” speakers.

Amazon’s Cloud Cam home security device regularly sends video clips to employees in Romania and India, who help “train” its AI algorithms, according to five current and former employees who spoke to Bloomberg. The workers review the clips in order to help the system distinguish pet from threat – benign movement from malignant intruder. The only problem? Cloud Cam users have no idea they’re being watched by human eyes. (RT)