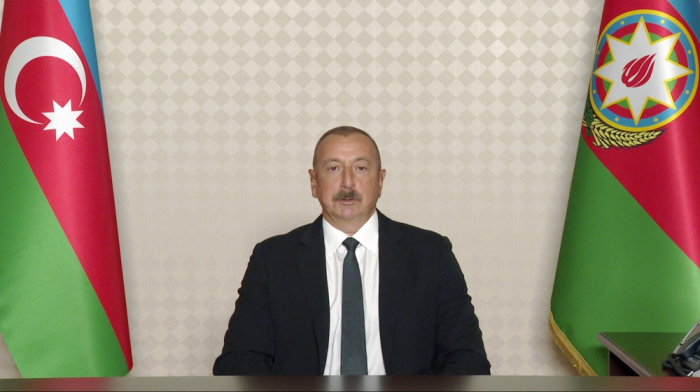 All prisoners of war, which were taken as prisoners during the second Karabakh war, have been returned to Armenia, President of Azerbaijan Ilham Aliyev said in an interview with the French France 24 TV channel.

“Armenian government can confirm that. We returned them even before they returned our prisoners of war,” the Azerbaijani leader said.

He noted that those people whom some NGOs are referring to are those who were sent by Armenian military command two weeks after the war ended, after the November Declaration was signed.

“They were sent to our positions and they committed crimes. They killed four Azerbaijani servicemen and they were disarmed and captured. And many of them have already been returned. Those who did not participated in those crimes, those who participated in crimes have been sentenced by our Justice Ministry, by the court,” the president added.

The Azerbaijani president stressed that those detainees, according to classification, according to all the international conventions cannot be considered as prisoners of war.

The head of state continued: “Prisoners of war are those people who have been detained during the war. On ten November the war stopped. In the beginning of December, we find in the territory which we liberated 62 Armenian members of sabotage group, who have been sent there on 26 November, 16 days after the war ended. They cannot be considered as prisoners of war and we returned many of them already as a sign of good will. But the rest of those people who are serving the sentence here, they have committed a crime and they must be brought to justice and they have been brought to justice.”