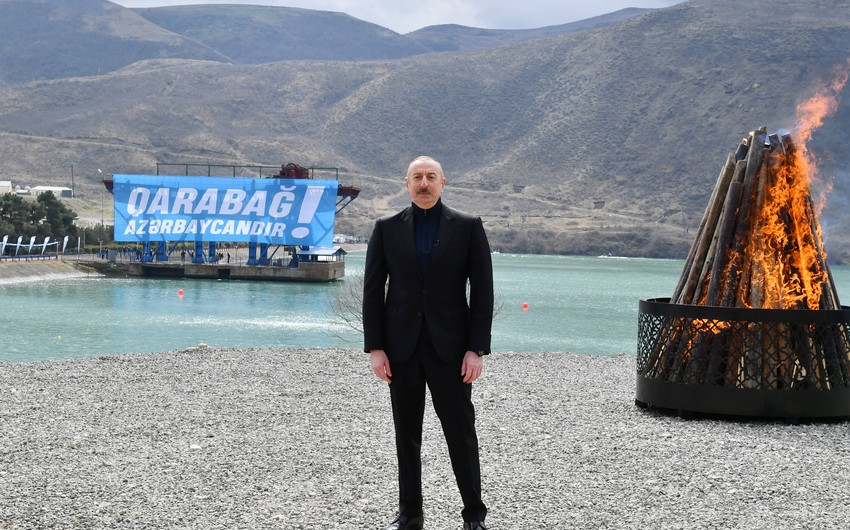 “Our primary goal is to return the former IDPs to their homeland as soon as possible,” President Ilham Aliyev said in Sugovushan, Tartar, Report informs.

“Sugovushan is a historical place of ancient Azerbaijan. The Azerbaijani people have lived in these areas for centuries. However, in 1923, the Nagorno-Karabakh Autonomous Region was established illegally and without any grounds in our native Karabakh. The beautiful places of Karabakh were included in this so-called entity, including the city of Shusha and the settlement of Sugovushan. This was yet another injustice, yet another act of enmity against our people. Because Karabakh and its history are connected with the Azerbaijani people. The Azerbaijani people have lived in Karabakh for centuries,” the President stressed.

Ukrainian intelligence: Course of war to depend on Putin’s health condition

“Vladimir Putin understands that the war in Ukraine will be Russia’s war of attrition,” Vadym…