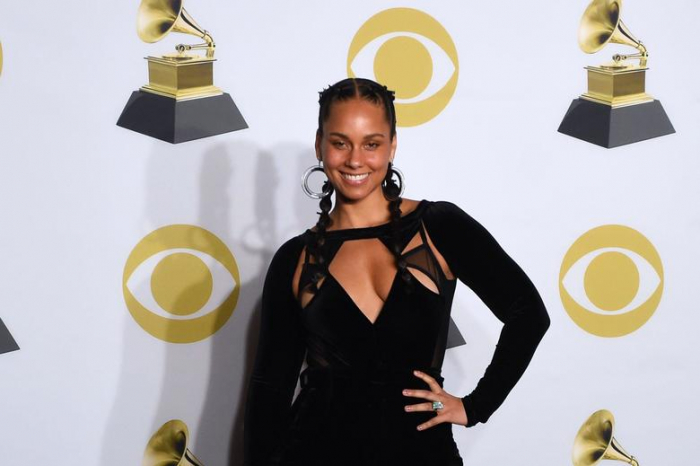 The 2019 Grammy Awards has found its host. A year following #GrammysSoMale, the Recording Academy announced that 15-time Grammy Award-winning artist Alicia Keys will host the Feb. 10 show in Los Angeles.

“I know what it feels like to be on that stage, and I’m going to bring that vibe and energy,” said Keys in a statement. “I’m so excited to be the master of ceremonies on the biggest night in music and celebrate the creativity, power and, magic. I’m especially excited for all the incredible women nominated this year! It’s going up on February 10!”

Read more:   Can you catch COVID-19 from delivered packages?

The “Girl on Fire” singer made the announcement on YouTube.

Last year’s Grammy Awards was steeped in controversy for its failure to recognize female artists. Only six women were nominated in the show’s major categories, and Alessia Cara was the only woman to receive an award during the televised portion of the show.

The Recording Academy was also called out for not offering Lorde a solo performance. She was the only female artist nominated for Album of the Year, and the only nominee in the category, with the exception of Jay-Z, who did not perform during the broadcast. (U2, which was not nominated, performed twice.)

Adding to the controversy, a study by USC’s Annenberg Inclusion Initiative concluded that between 2012 and 2017, only 9.3 percent of Grammy nominees were women. In response to Lorde and #GrammysSoMale, Recording Academy president Neil Portnow suggested that female artists needed to “step up,” leading to heavy criticism and followed by an announcement that Portnow will be stepping down in 2019.

Following the “step up” controversy, the Recording Academy launched the Task Force on Diversity and Inclusion, headed by Michelle Obama’s former chief of staff and a founding member of the Time’s Up movement, Tina Tchen. The Task Force’s first initiative, announced in October, was to invite up to 900 new members under the age of 39 to join the academy.

Along with the announcement of Keys as the 2019 host, the Recording Academy has seemingly acknowledged the criticism in their nominations. 15 women are nominated in the top four categories, compared to only six in 2018.

Hopefully stronger recognition of female artists is not the only thing we can look forward to in 2019. We are also here for more Alicia Keys vlogs.

Read the original article on slate.com.

The latest research into so-called “superspreader events” could inform public policy across the world, to…

Forcing Chinese firms off American stock markets will backfire on US, Beijing warns

As tensions between the world’s two biggest economies seep into the financial markets, Beijing has…

14:13 New Indonesian Ambassador to arrive in Azerbaijan in autumn

14:00 Speaker: President’s use of facemask is exemplary

13:40 For the deaf, social distancing can mean social isolation