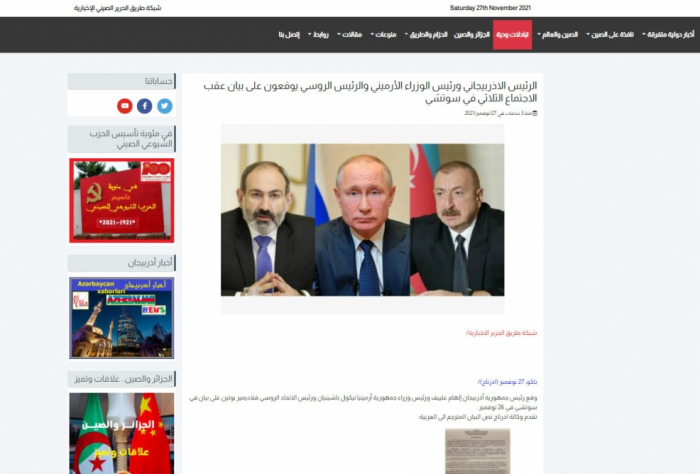 Citing the AZERTAC news agency, the news portal also published an article highlighting the trilateral meeting held between the President of Azerbaijan, President of the Russian Federation and the Armenian Prime Minister, as well as the their press statements made in Sochi.

The article mentioned that during the meeting that lasted about three hours an agreement on demarcation was reached.