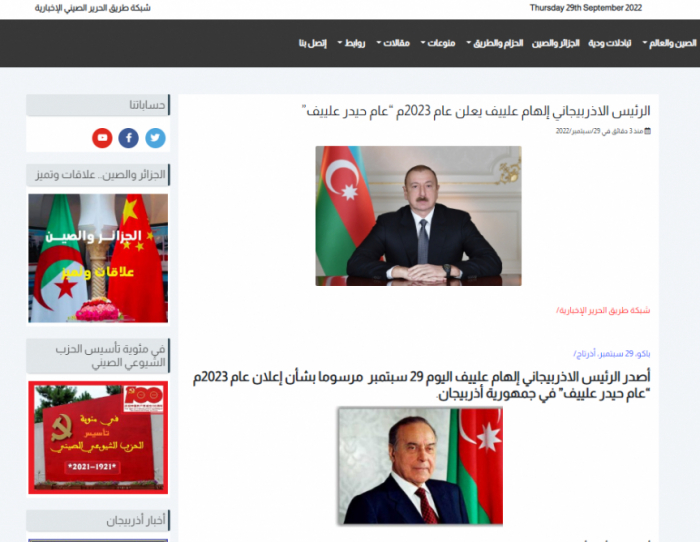 Algerian news portal Al-Harir has published an article highlighting Azerbaijani President Ilham Aliyev’s order on declaring 2023 as a “Year of Heydar Aliyev” in the country.

“10 May 2023 will mark the 100th anniversary of the birth of Heydar Aliyev, the national leader of the Azerbaijani people, the founder of the independent state of Azerbaijan, and an outstanding politician and statesman,” the article said.