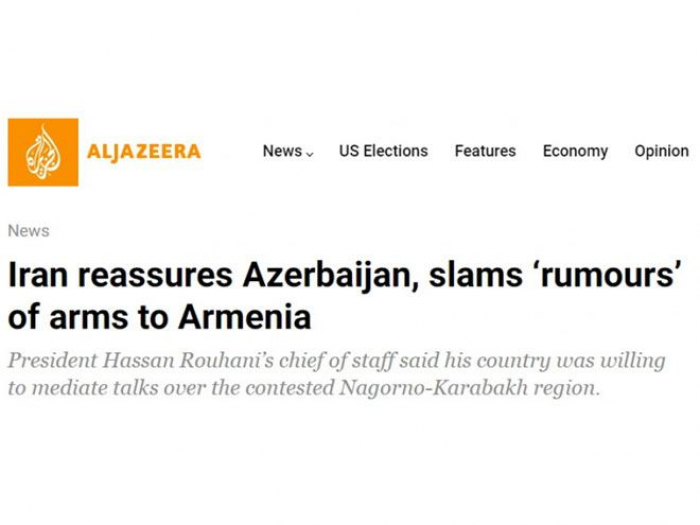 A report citing statement of high profile Iranian officials supporting territorial integrity of Azerbaijan was published on official website of Al Jazeera Media Network with reference to the article.

The Al Jazeera Media Network cited the Mahmoud Vaezi, President Hassan Rouhani’s chief of staff, who said that “the stance of the Islamic Republic of Iran on Azerbaijan has always been clear and transparent as it has always recognized the neighboring country’s territorial integrity and respected it.”

“These are completely baseless rumors spread to tarnish good relations between Iran and Azerbaijan,” he said.

The articles also includes statement of Iranian Foreign Ministry spokesman Saeed Khatibzadeh who immediately denied these reports, saying the the Islamic Republic of Iran will by no means allow our soil to be used to move arms and ammunition”.