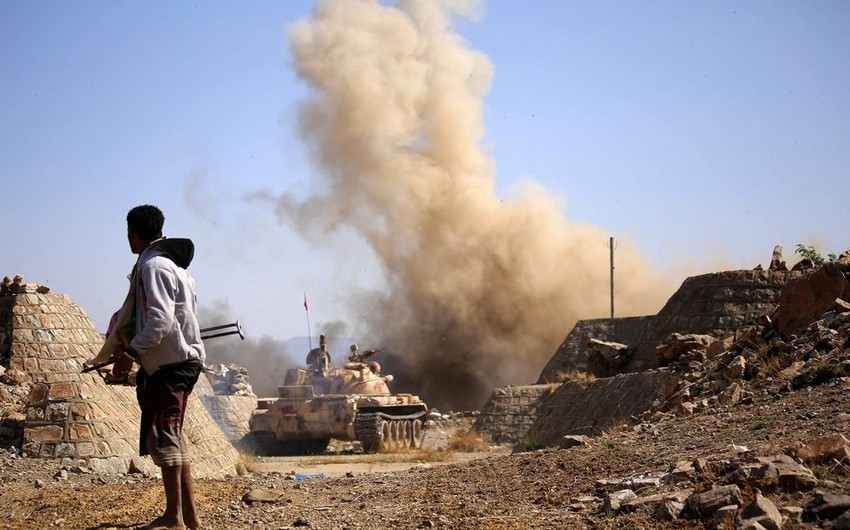 Airstrikes by the Saudi-led coalition on a prison in Yemen have killed at least 87 people and injured 226 others, the Deputy Minister of Health in the Houthi government Najib al-Kubati said, Report informs via Al-Masirah TV

Earlier, reports were made that the alliance’s military aircraft bombed a correctional facility in the Yemeni province of Saada. Then, the humanitarian organization Doctors Without Borders said that 70 people were killed and about 140 were injured due to the airstrike. Last night, the coalition issued a statement denying involvement in the raid, calling all reports “baseless and untrue” and promising to bring the “real facts” to the UN and the International Committee of the Red Cross.

“The number of victims of the massacre in Saada reached 87, and 226 wounded were taken to hospitals,” al-Kubati claimed. – “Rescuers continue to extract the victims and the bodies of the dead from the rubble.”

The Take Off Baku international startup summit has started within the TEKNOFEST International Aviation, Space…

On May 26, President of the State of Israel Isaac Herzog made a phone call…

18:43 Azerbaijan and Turkey discuss prospects for the development of military cooperation

17:43 Chief Ombudsman of Turkiye: International pressure mechanism must be created against Armenia – INTERVIEW

17:36 Turkey has no plans to stop purchasing gas from Russia at this stage – Cavusoglu

15:40 Flights from Poland to Azerbaijan to be performed four times a week

14:43 Negotiations are underway on production of ‘Akinci’ UAV together with Azerbaijan – Turkish minister

14:17 Ukraine extends agreement with Hungary on gas imports until March 2023

14:14 Technoparks similar to Turkish ones to be established in Azerbaijan

13:56 Mustafa Varank: Analogues of Turkish technoparks to be created in Azerbaijan

13:31 Radio TV station to be commissioned in Azerbaijan’s Hadrut soon

13:27 Turkish Minister: Holding TEKNOFEST in Azerbaijan is of special importance

13:08 ‘It is our message to the world together with Turkey’ – Rashad Nabiyev