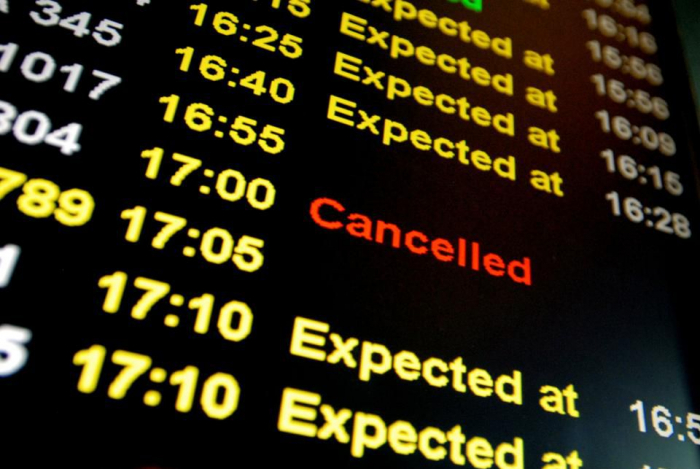 In 2018, European airlines flew a record 11 million flights, and they are setting records daily this year. While this sounds like cause to celebrate, the growth over the last several years has helped create an increasingly congested and challenging operating environment that even recent airline bankruptcies and aircraft groundings have not abated.

Airspace and airports are clogged by the rising number of arriving and departing aircraft. Airliners must wait their turn for gates, for ground personnel, for maintenance, and to take off. Not surprisingly, European airline punctuality fell in 2018 for a fifth straight year, sinking to a 10-year low. Last year, nearly one in four flights arrived late by 15 minutes or more, and delays of greater than an hour jumped 25 percent. Year over year, cancellations rose 35 percent.

After years of deterioration, the strain on the European aviation environment is becoming unsustainable, especially with the growth expected in air travel over the next two decades. In an industry in which small delays can quickly propagate across a continent and across the globe, scheduling disruptions can no longer be easily tolerated. Even minor timetable deviations now risk gridlock across the system, bringing along associated personal, economic, and environmental costs.

These are delays you can’t blame on the weather.

When it comes to congestion, the focus is on Europe, thanks to the monetization of the problem under stiff penalties imposed by Flight Compensation Regulation 261/2004, known simply as EU261. But the reality is airport and airspace overcrowding are challenges faced worldwide. On-time performance has suffered the past several years, especially in North America, where more than one-quarter of flights are late. In Asia, where much of the anticipated growth in air travel will happen, on-time performance is also only in the mid-seventies. China, in particular, has plans to build new airport capacity, but accommodating the expected boom is still expected to put strain on the system.

Just as in Europe, governments worldwide are stepping in with rules to protect consumers from the inconvenience, discomfort, and economic loss that accompany delays and cancellations. Like EU261, these measures often provide for regulatory fines, penalty payments to customers, and the provision of hotels, meals, and alternative travel for delays, cancellations, and overbooking. The most recent: Canada put into effect a passenger bill of rights in 2019 that’s similar to, but less punitive than, EU261. And this summer the U.S. Congress began considering similar legislation.

But a real solution to the problem requires more than simply finding ways in the near term to mitigate the pressure points and disruption. The aviation industry will need to work with its governmental partners, airports, and air traffic management, to create a long-term balance between growth and operational efficiency. It will also necessitate substantial investment in both physical infrastructure and the deployment of a digital system that foresees and prevents disruptions globally — or at least helps airlines recover quickly when major delays occur.

At the heart of the problem is a long-term misalignment of demand growth versus infrastructure investment: Too many passengers and too many flights without the expanded capacity to serve them creates congestion. The number of airports in Europe considered highly constrained — think of the constant congestion of London’s Heathrow Airport — is projected to rise from six in 2016 to 16 by summer 2040, according to the European Organization for the Safety of Air Navigation, commonly called Eurocontrol. The average summer delay is expected to rise 63 percent to 20 minutes per flight.

Capacity is not keeping up with demand and that means delays and cancellations.

This is the case despite the more than $55 billion (€50 billion) expected to be invested in over 100 airport projects from 2019 to 2030. The new space will accommodate 240 million more passengers by 2030, up over 11 percent from the current volume of 2.1 billion — but the improvement will be spotty. Much of the new capacity is being added in Southern and Eastern Europe, leaving busy Western European hubs with limited growth options. Additionally, at least a quarter of the spending will go to replacing airports in Istanbul and Berlin.

Bottom line: The investment in European airports is just not enough. Assuming a modest two percent annual growth in air travelers, the net new airport capacity will meet less than half of the anticipated passenger demand by 2030.

Congestion on the ground represents only one challenge facing Europe. A crowded airspace is another, which is perhaps a more difficult problem to surmount. In 2018, total en route delays increased 104 percent, affecting nearly 10 percent of flights, Eurocontrol reports. Among the most significant causes were weather and inadequate air traffic control (ATC) staffing and ATC strikes. Together, they accounted for 30 percent of delays in 2018. Despite current efforts to address staffing shortfalls, airspace capacity-related delays look to rise an additional 50 percent.

The costs of congestion

For airlines in Europe, the increasing gridlock is exacerbated by the EU261 penalties. In total, these fees are costing carriers hundreds of millions of euros per year and eating into profitability. In an industry that has seen 10 bankruptcies in the past three years, the added costs from expanded schedules, operational inefficiencies, and penalties tied to rising congestion may shave already thin margins.

With load factors above 80 percent most of the year and above 90 percent on summer flights, cancellations severely affect business and leisure plans. In 2018, at least 25 million passengers were inconvenienced when flights were canceled, and an additional 50,000 customers were delayed one to two hours.

Two decades from now, nearly a half-million passengers per year are likely to experience delays of over an hour. Airlines estimate the broader economic cost of congestion to be up to $18.7 billion (€17 billion) per year, in addition to the more than one million metric tons of avoidable carbon dioxide emissions released while aircraft circle aimlessly waiting for an opening to land or run their engines on the tarmac before finally taking off.

Unfortunately, there is no quick fix to congestion, except for cutting back air travel significantly. That might be a plus for the environment, but it would push the cost of air travel up substantially as demand far outstrips supply, ultimately pricing out many in the broader public.

Any solution will require the industry to work closely with policymakers and fundamentally rethink how they address the problem. First and foremost, the industry and public sector must play catch-up with a front-end loaded, long-term plan for expanding and modernizing airport capacity that begins now, not five years from now. Moving forward, airport investment needs to keep pace with expected demand. That would help reduce ground congestion and the delays it creates in the air.

In addition to creating new capacity, existing resources can also be used more efficiently. The focus must be on upgrading gate utilization and cutting pinch points. Recent developments in biometrics and automated airport processes may help get customers and luggage from curb to gate more quickly. But these technologies will require significant investment.

There is also the opportunity to better utilize European airspace. While proposals to do this have been in discussion for almost two decades, meaningful progress on the Single European Sky — a plan to overhaul the fragmented European air traffic management (ATM) system — offers a key to unlock this trapped capacity. One of the most promising efforts is the SESAR Joint Undertaking, formally the Single European Skies ATM Research, which is coordinating European Union research on ATM. Additionally, alternative flight-planning strategies, a greater emphasis on “fly what you file,” and implementation of common data and tools through SESAR offer the potential to improve routing efficiency and reduce en route delay minutes. This should be paired with a renewed look at air traffic control staffing and labor relations.

Even with progress on these fronts, it will take time to produce better results. That’s why airlines must also invest internally to increase their own resilience. The focus here must be on creating a healthy balance between operational efficiency and revenue generation, which means tearing down departmental silos that block meaningful communication and data sharing. This would improve efforts to better anticipate delays and cancellations by using predictive analytics and shared real-time data so that contingency plans can be made in advance.

Optics are important here, too. Delays and cancellations will always be a reality of travel, but as transparency increases through regulation, how airlines respond to disruptions will help define their market images, regardless of where they operate. Around the world, improving reliability has the potential to influence customer choice and ultimately revenue. A 2018 passenger survey by the International Air Transport Association indicated a stunning 90 percent correlation between on-time performance and satisfaction.

Thriving in the current environment means prioritizing congestion as a threat that airlines around the world dare not ignore. By improving organizational collaboration, upgrading to the most advanced predictive analytics, and bolstering overall resilience, airlines will deploy their best defense against that threat.

By Jon Healy, ABC The relentless bullying of a nine-year-old Indigenous boy has prompted some…

South Korea has reported a large boost in the number of covid-19 coronavirus cases, the…

Niue could bear the brunt of the latest cyclone to develop in the Pacific. Cyclone…

Upon the instruction of Azerbaijani President Ilham Aliyev, to help eliminate consequences of forest fires…