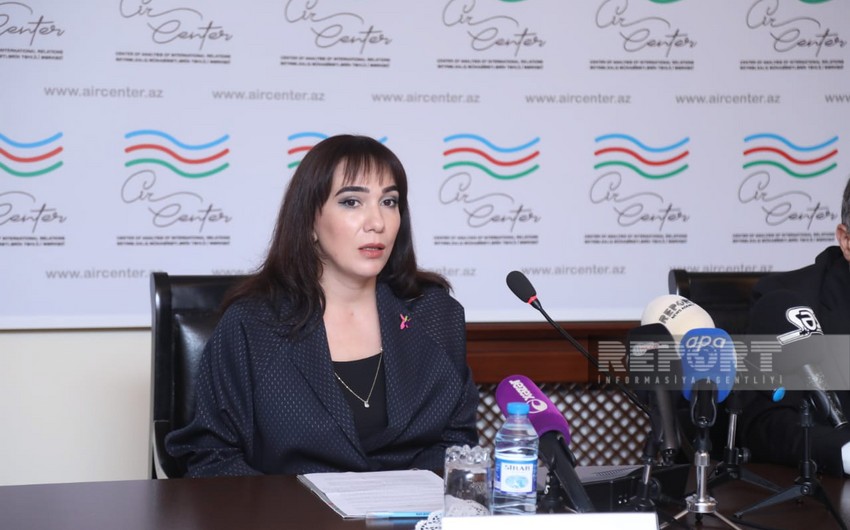 By winning, Azerbaijan also responded to those who said ‘there is no military solution to the conflict’, Esmira Jafarova, a Board member of the Center of Analysis of International Relations (AIR Center), said at a round table in the AIR Center on the occasion of September 27 – Remembrance Day.

Jafarova emphasized that the OSCE Minsk Group was an unsuccessful mediator for 28 years.

She also spoke about the provocative actions of the Prime Minister of Armenia, Nikol Pashinyan, before the war: “His statement ‘Karabakh is Armenia’, his dancing on the Jidir plain, the relocation of hundreds of families from the Middle East to Karabakh, etc. exhausted the patience of the Azerbaijani people. The Tovuz clashes led to a response from Azerbaijan to these processes. Thus, on September 27, we started counter-offensive operations.”