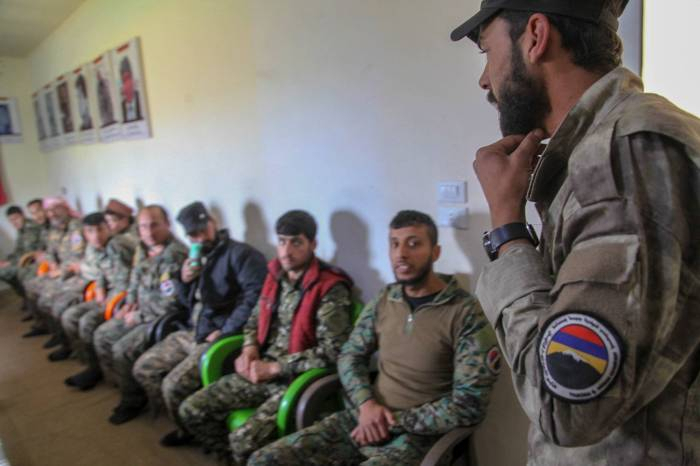 The Center of Analysis of International Relations (AIR Center) has prepared a report about the involvement of foreign fighters, including mercenaries, on the side of Armenia during the military operations conducted within the internationally recognized territories of Azerbaijan.

Throughout the Second Karabakh War (September 27 to November 9, 2020), the government of Armenia, as part of fostering nationalist propaganda and a victimization narrative, has on many occasions called for military intervention by non-state actors in the Karabakh region of Azerbaijan. The report contains information about the involvement of foreign fighters, including mercenaries, on the side of Armenia during the military operations conducted within the internationally recognized territories of Azerbaijan. The report first provides an assessment of the legal framework governing such actions, including the International Convention against the Recruitment, Use, Financing and Training of Mercenaries, which the National Assembly of Armenia has recently ratified.

“The issue of the Armenian side deploying foreign fighters is, unfortunately, not new. During the First Nagorno-Karabakh War (1988–94), soldiers of both Armenian and non-Armenian descent actively fought and committed war crimes, including the 1992 Khojaly Genocide, in the Karabakh region. A prominent example is the California-born international terrorist Monte Melkonian, imprisoned in France for acts of terror in the 1980s, who was involved in military operations against Azerbaijani civilians in Karadagly, Khojaly, and other settlements in Azerbaijan,” the report informs.

“Media reports have revealed that the Armenian authorities are using mercenaries from foreign countries to fight against Azerbaijan in Karabakh. In particular, Armenia has been relocating from Syria and Iraq militants belonging to the Kurdistan Workers’ Party (PKK), classified by all Western countries, including the US and the EU, as a terrorist organization, to the occupied territories of Azerbaijan to prepare for future hostilities and train Armenian militias,” the report also noted.

Read more:   Why some people risk everything to be whistleblowers

You can read the full report HERE .