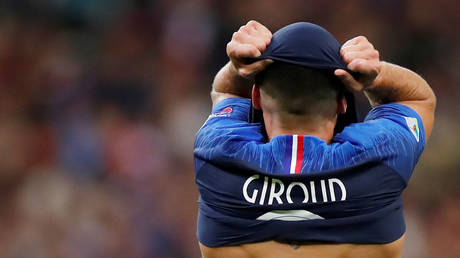 In a doubly embarrassing gaffe the organizers at Stade de France played the anthem of Andorra ahead of the European Qualifer between Albania and France – and rushed to apologize to Armenia’s fans upon realizing their mistake.

Albanian players and fans looked similarly puzzled when they heard the unfamiliar tune ahead of the Euro 2020 qualifier in Paris on Saturday night. The kick-off was delayed until after the correct anthem had been played, while the organizers offered sincere apologies to the visiting team and their supporters.

The confused faces on the Albania players when they realise it’s the wrong national anthem pic.twitter.com/RVgRJEtTEU

There was just one little problem, the stadium announcer apologized to Armenian fans instead, bringing a fourth party into the conundrum. An easy mistake to make, given that all three start with an ‘A’? (RT)