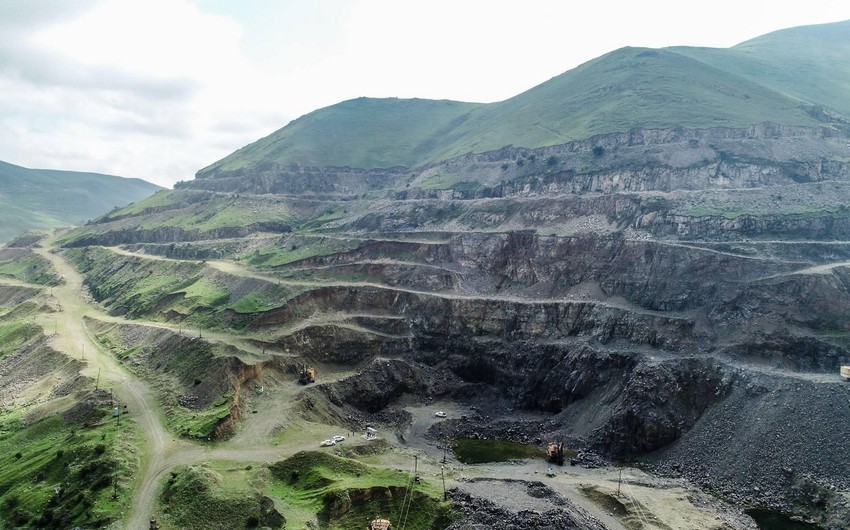 Despite all unsuccessful attempts of Armenia to destabilize the situation on the border, the works initiated by Azerbaijan to restore the liberated territories and develop their economic potential continue at a full. Basic infrastructure is being created in two economic regions – Karabakh and East Zangazur. These areas are cleared of mines, with energy, gas, and water supply lines installed and roads constructed. What is most important is that the specialists gradually manage to monitor more lands to assess whether they can be used for agricultural purposes or the construction of industrial establishments.

The economy in Karabakh will develop in six main directions: agrarian business, food industry, mining industry, green energy, logistics, and tourism. True, the liberated areas have been virtually fully destroyed since occupants, when they ran away, terminated those few farms, which they have used illegally over the past 30 years. They plundered the deposits, committed ecological terror, and contaminated water in some reservoirs… In any case, the work on inventory continues, and the detailed report about the material damage caused by the occupants will likely be provided. 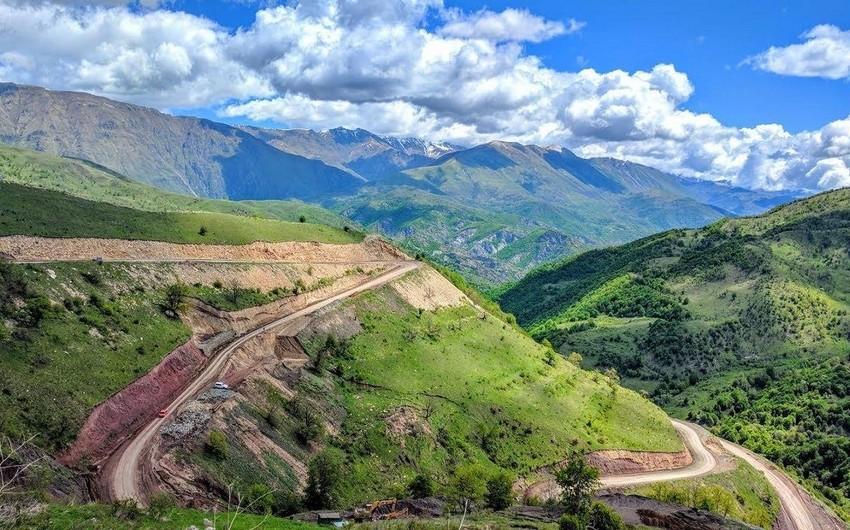 In short, it is already known that most areas will be reconstructed and created from scratch. But these are ancestral Azerbaijani lands, so our specialists are well aware of their potential. So, they know what to plant and what to build. There are entirely new directions, as green energy, creation of smart cities and villages. But in other things, judging by what economic structures say, preference will be given to directions traditional for Karabakh and East Zangazur.

Agriculture in Karabakh was developed to the extent that it ensured almost a third volume of the agrarian production in Azerbaijan during the Soviet period.

Minister of Agriculture Inam Karimov said earlier that the action plan on the recovery of agriculture in the liberated territories is already under development. The agrarian business will involve 200,000 hectares of agricultural lands, pastures, and tens of thousands of unused lands. In the first place, it is necessary to analyze the soil, clean and prepare it, reestablish the work of irrigational systems, define which territory will be suitable for planting various crops and which areas can be used as pastures and for cattle-breeding farms.

What exactly can be grown in Karabakh and East Zangazur? It is undeniable that the soil here was always fruitful, which allowed engaging in any type of plant-growing. Wheat, cotton, tobacco, grapes, potato, vegetables, and cucurbits grew here and gave fruits, making it possible for the residents to live in abundance. To add it more, the crops planted in Karabakh always differed for their high quality and productiveness. Therefore, the revival of this direction will become a sound basis for developing the country’s agrarian sector. 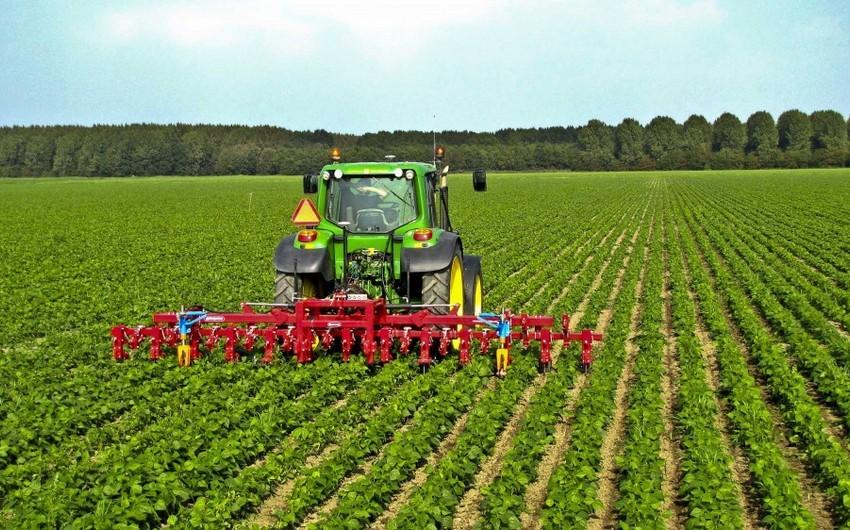 Read more:   Azerbaijan to present its products at int'l exhibition in Germany

Azerbaijan seeks maximum self-sufficiency in grain, primarily wheat. In particular, the period for exemption from VAT on grain imports has been extended, a new mechanism for the formation of food wheat stocks is being created, the irrigation system is being reformed, and the technical equipment of farms is being improved. The pandemic crisis, due to which several large grain exporters introduced quotas and increased customs duties on the sale of wheat abroad, showed how relevant this issue is from the point of view of food security. The bottom line is obvious – there is high volatility in grain prices globally, which has caused inflationary processes in many segments of the consumer market. What does this mean for Azerbaijan? According to official statistics, in January-May of this year, 392,200 tons of wheat worth $100 million were imported to Russia. And its price increased by almost 34% …

It is undoubtedly an undesirable tendency for the Azerbaijani economy. Therefore, encouraging farmers to re-sow wheat on the fertile soil of Karabakh and East Zangazur can significantly contribute to preventing the impact of external crises on the country’s domestic consumer market and pricing policy. 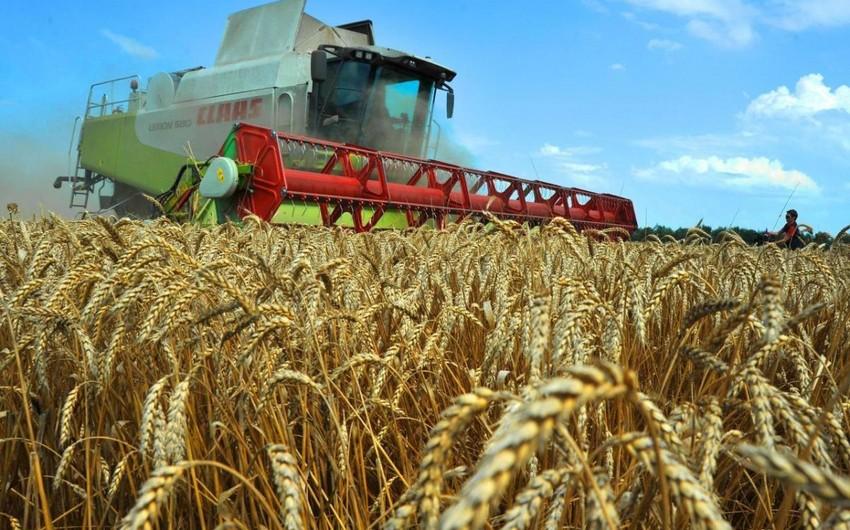 According to available data, for the period up to 1988, the former Nagorno-Karabakh Autonomous Region provided up to 15% of the total wheat harvest in Azerbaijan. The occupiers continued to use some of the wheat fields for the past 30 years. “According to the information provided to me, wheat was sown there on tens of thousands of hectares, in particular, in Aghdam, Fuzuli, Jabrail, Zangilan regions. As I was informed, Armenia collected 90,000 tons of wheat per year on the occupied lands. The total volume of wheat production by Armenia, together with that grown on these occupied lands, amounted to 190,000 tons. They harvested half of this crop on our lands. It is the illegal exploitation of our lands. They will be held accountable for this, compensate for the damage caused,” President Ilham Aliyev noted in one of his speeches.

By the way, the damage also includes the forced downtime of sowing work, loss of crops in the border areas, which often happened due to the constant escalation of tension and violations of the ceasefire at the invader’s fault.

How suitable these areas are today for further sowing remains to be seen. However, the first wheat “swallow” is already there – as it was reported, grain crops were sowed in the cleared territories of the Agdam region in spring, and we are expecting a good harvest.

Fruit orchards – almost every Karabakh citizen had them before the occupation, and caring for them did not require much effort due to the proximity of water bodies President of Azerbaijan Ilham Aliyev and First Vice-President Mehriban Aliyeva tasted the persimmon grown there during their trip to the liberated Zangilan and Gubadli regions. If a rather “capricious” fruit survived the barbaric destruction of “everything and everyone” by the invaders, then one can imagine how well this branch of gardening, which is quite in demand for export, can be developed while carrying out the necessary agrotechnical measures. 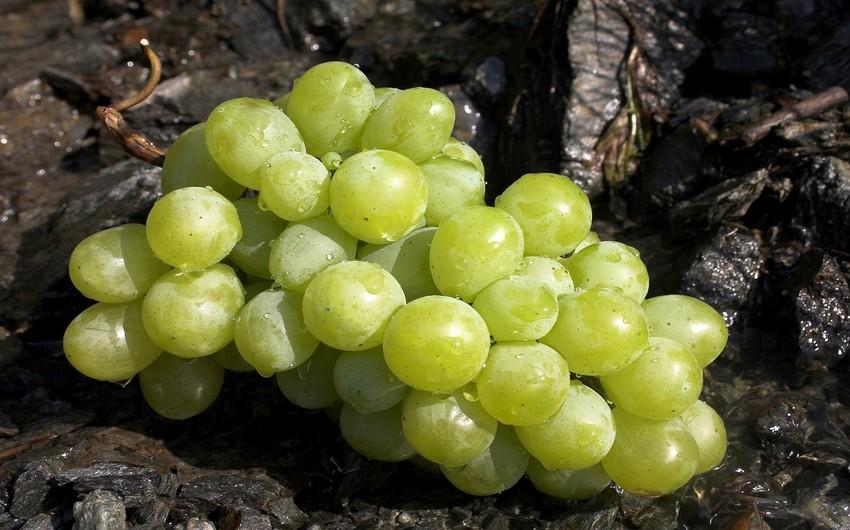 Also, back in Soviet times, the share of viticulture products in these territories was quite high – up to 32%. The Azerbaijani authorities also focus on its development after gaining independence. In particular, the State program for the development of viticulture, designed for a long period, is under implementation, orchards and plantations are being expanded annually. The government subsidizes the development of the industry. So, the infusion of plantations in Karabakh and East Zangazur into the overall balance of viticulture will be a perfect incentive for the overall development of the industry and related areas of the processing industry. However, most of the plantations will have to be replanted … “There were big vineyards. On the way to Aghdam, Fuzuli, Jabrail districts, I saw that many of our vineyards were destroyed. There were old trellises left there. But in many places, the vineyards have been preserved,” President Ilham Aliyev noted in one of his speeches.

According to experts, along with the regions listed by the head of state, viticulture can be developed in Agdara and Zangilan.

Also, in the Karabakh and East Zangezur economic regions, silkworm farming, cotton growing, and tobacco growing have traditionally and successfully developed. However, during the occupation, virtually nothing remained of those farms. It will not be easy to revive these plantations due to the more complex agronomic approach. However, it should be noted that each of these areas is also under the scrutiny of the state today. There are established schemes for creating farms from scratch using modern achievements of agricultural science and technology. The main thing, again, is to prepare the soil and restore irrigation.

Cattle-breeding is a priority

It is a well-known fact that Karabakh and East Zangazur boast outstanding climatic and natural conditions for the development of cattle-breeding. Before the occupation, the farms in these regions ensured up to 15% of the entire meat production across Azerbaijan, more than 17% of milk, 4% of eggs, and almost 20% of wool. Over 15% of big cattle and 19% of small cattle were bred here. In Lachin, Aghdam, Fuzuli, Jabrayil, and Kalbajar, cattle-breeding played a dominating role in agriculture and formed a significant part of the local budget. But cattle breeding was also present almost in all other regions – Khojavand, Shusha, Zangilan, Gubadli, Khojaly.

There are already specific goals for the revival of these farms and bringing the livestock population up to 18% of the total number across the country. According to various estimates, the potential of these farms can amount to 40,000-45,000 tons of meat and 200,000 tons of milk. As the level of self-sufficiency in meat today in Azerbaijan is about 83%, and milk is 86%, the rest is imported mainly from neighboring countries, then the achievement of the set goals for Karabakh and Eastern Zangazur will allow reaching a 100% level in both segments, and even create a good export item. 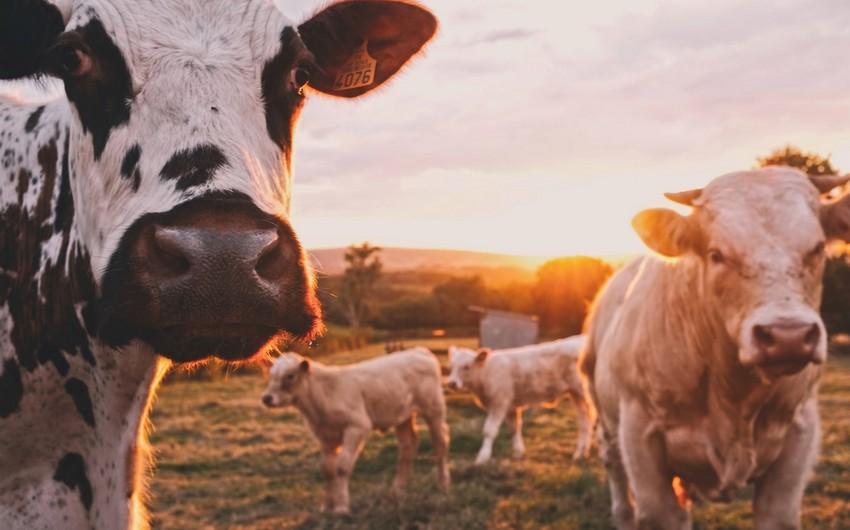 The transfer of sheep and beekeeping farms to the liberated Kalbajar region of Azerbaijan has already begun. Also, the first beekeeping farms have already appeared in the area – the potential of beekeeping is also quite high.

In conclusion, we would like to note that the damage caused to the region’s agricultural sector through the years of occupation is calculated by billions of dollars. Environmental terror and the destruction of infrastructure affect the revival of the former agrarian glory of these economic regions. However, the first shoots are already there, and the soil will indeed heal and revive again in the caring hands of its true owners.