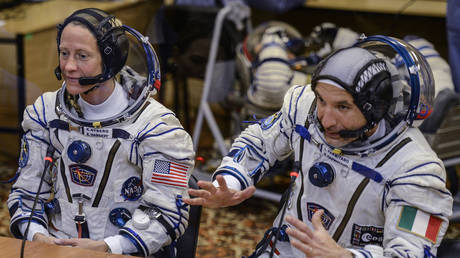 Russia’s space agency Roscosmos may be hit with US sanctions for the first time ever, as a draft document reveals the Russian Ministry of Defense might become the subject of economic penalties from Washington.

As well as Roscosmos, the proposed sanctions would also target Rosatom, the federal nuclear energy agency, as one of 28 organizations in the aviation, rocket, space, nuclear, instrument and engine industries.

According to news agency RIA Novosti, which has seen the document, the suggested measures are also aimed at Chinese companies who work with Beijing’s military.

Out of all the proposed sanctions, measures against Roscosmos would clearly be the most significant, as the US space program has relied on Russian technology for quite some time. From 2011 until earlier this year, Russia’s Soyuz spacecraft was the only means for Americans to reach the International Space Station. The American Atlas V launch system also relies heavily on Russian space tech, with its first stage powered by a RD-180 engine. (RT)