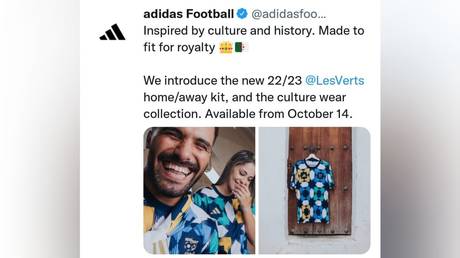 Getting shirty: The new kit has caused a spat. ©  Twitter / Adidas football

Morocco has demanded that the design of the new Algerian national team shirt be changed Getting shirty: The new kit has caused a spat. © Twitter / Adidas football

Adidas has claimed that the design was inspired by Algeria’s Mechouar Palace. But the blue, teal, and yellow design is a Moroccan pattern called zellige and is commonly found in local Moroccan mosaics, according to the ministry’s lawyer, Mourad Elajouti.

As part of a Facebook post, Elajouti said that he had issued a legal warning to German company Adidas on behalf of the ministry.

In his letter to Adidas chief executive Kasper Rorsted, Elajouti demanded that the company remove the design within two weeks as it is “cultural appropriation” and “an attempt to steal a form of Moroccan cultural heritage and use it outside its context.”

🇩🇿👕 Algeria’s new training kit by Adidas is absolutely gorgeous ! The training kit is inspired by the zellij tiles at the El Mechouar Palace in Tlemcen. Authentically Algerian. pic.twitter.com/b61n7Ix1yC

The geometric blue, teal, and yellow design is common in Moroccan mosaics. Adidas said it was inspired by the Mechouar Palace in Algeria.Algeria and Morocco have a long history of tensions, as they continue to dispute Western Sahara.#kit#jersey@adidasfootballpic.twitter.com/pl8E4B2nv0

Elajouti added that Algeria’s new shirt “contributes to the loss and distortion of the identity and history of these [zellige] cultural elements” as part of a potential fresh row between the two neighbors.

Morocco and Algeria share a border of over 1,200 miles in north Africa, which has been a constant source of tension since they gained independence from French colonial rule.

The Sand War in 1963 saw Morocco lay claim to territory in Algeria, who later backed the campaign for Western Sahara’s independence from Morocco which led to a regional conflict from 1975 to 1991. 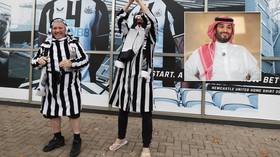 After militant Islamists bombed a hotel in Marrakesh in 1994, the border between the two countries was closed.

Algeria’s men’s national football team are not scheduled to play again until a pair of Africa Cup of Nations qualifiers against Niger in March 2023.

Making their sixth appearance at FIFA’s flagship tournament, Morocco head to the Qatar 2022 World Cup in November after being drawn in Group F with 2018 finalists Croatia, Belgium, and Canada. (RT)