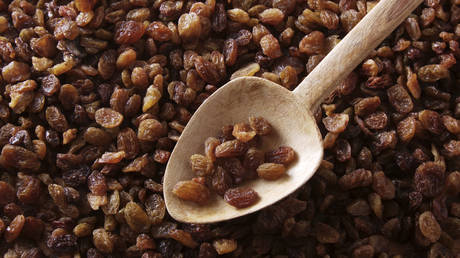 Afghanistan wants to import Russian crude oil and goods in exchange for its minerals, as well as raisins and medicinal herbs, Minister of Industry and Trade Nuriddin Azizi told RIA Novosti on Friday.

“We can provide some of our minerals in exchange for imports from Russia, including for products and energy resources,” Nuriddin said, noting “In addition, we have, for example, dried fruits, raisins and medicinal herbs.”

The minister pointed out that Afghanistan has historically supplied large volumes of raisins to Russia. “We can supply hundreds of tons of such products. For example, prices for medicinal herbs are now very high, and Russia needs such raw materials for medicine. And we can use them in barter trade. We can supply raw materials to Russian factories, as we are already doing with China,” the minister explained.

Earlier this week, Nuriddin stated that Kabul wants to purchase a million barrels of Russian crude or even more, noting the government would “like to consider the option of barter trade.”

Afghanistan’s offer is likely due to a shortage of hard currency in the country. After the Taliban takeover in August 2021, the US blocked $7 billion in the Afghan Central Bank’s foreign exchange reserves stored at the Federal Reserve Bank of New York. Another $2 billion has been frozen by the UK, Germany, the UAE and some other nations.

In May, Afghan Charge d’Affaires in Russia Jamal Nasir Garwal spoke about plans to negotiate with Moscow on the supply of Russian hydrocarbons. The diplomat stressed that the country seeks to develop economic cooperation with Russia and is already in talks on business development and finance.

Read more:   Lukashenko to meet with Putin on September 14

Data from the global trade website The Observatory of Economic Complexity showed that in 2020 Russia’s exports to Afghanistan reached $151 million and imports were less than $3 million.