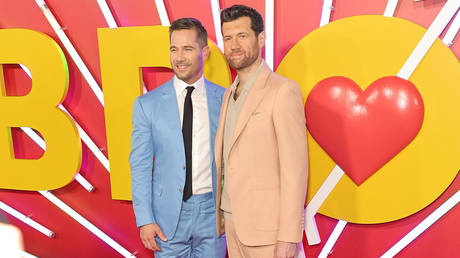 Billy Eichner, the star and co-writer of ‘Bros,’ has claimed that audiences stayed away because of the movie’s LGBTQ content Actor Billy Eichner (right) and co-star Luke Macfarlane are shown last week at the Los Angeles premier of their movie, ‘Bros.’ © Getty Images / Momodu Mansaray

Hollywood actor Billy Eichner has suggested that his new movie, ‘Bros,’ is a victim of anti-LGBTQ bigotry, saying the film fared poorly at the box office because heterosexual people objected to seeing a romantic comedy with gay characters.

“Straight people, especially in certain parts of the country, just didn’t show up for ‘Bros,’” Eichner said on Sunday in a Twitter post. “And that’s disappointing, but it is what it is.”

Eichner, who co-wrote the movie and starred in it, argued that ‘Bros’ had been praised by critics. He alleged that an unidentified theater chain threatened to stop showing an advertisement for the film because of its gay content. “Everyone who isn’t a homophobic weirdo should go see ‘Bros’ tonight.”

The movie debuted on Friday and reportedly grossed $4.8 million at the box office, falling short of an $8-10 million target set by Universal Pictures. The studio spent an estimated $22 million to make the film and $30 million so far on advertising and promotion.

Everyone who ISN’T a homophobic weirdo should go see BROS tonight! You will have a blast! And it *is* special and uniquely powerful to see this particular story on a big screen, esp for queer folks who don’t get this opportunity often. I love this movie so much. GO BROS!!! ❤️🌈

Eichner claimed that it’s “special and uniquely powerful to see this particular story on a big screen, especially for queer folks, who don’t get this opportunity often.” However, Hollywood has a history of commercially successful movies featuring gay characters or gay themes. For instance, ‘Bohemian Rhapsody’ grossed more than $900 million in 2018. At least eight other releases categorized as LGBTQ films, such as ‘Brokeback Mountain’ in 2005 and ‘The Imitation Game’ in 2014, raked in well over $100 million. 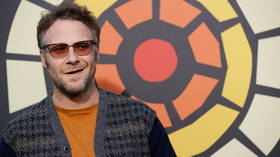 Critics pointed to various other possible reasons for the failure of ‘Bros’ at the box office, including an uninspiring marketing campaign and alienating comments by Eichner in the past. For example, Eichner posted a tweet in June saying, “Get your fictional, hateful Bible stories and your fake, fictional religious bulls**t out of our f**king lives. F**k you.”

According to the Imdb.com profile for ‘Bros,’ Eichner “has expressed that he does not want conservatives, especially those that voted for the 45th president of the United States and their associates, to see the film, even conservatives who identify as being part of the LGBTQ+ community, as he views them as traitors.”

“This you?” political strategist Doug Stafford asked. “Perhaps don’t give advice on how half or more of the country should not go to your movie.”

This you? Perhaps don’t give advice on how half or more of the country SHOULD NOT GO to your movie. https://t.co/xrmEnfZilGpic.twitter.com/qx2S34wKO9