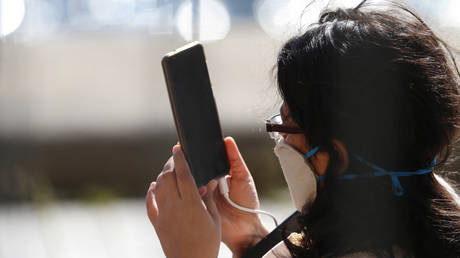 Under a deal negotiated in secret with the British government, shady data firm Palantir will continue to manage NHS data for two years. Activists calling for transparency have now brought the NHS to court.

When the British government unveiled its ‘Covid-19 data store’ last March, controversial “spy tech” firm Palantir was given control of the data collected from the public, which included sensitive data such as patients’ ages, addresses, health conditions, treatments, and whether they smoke or drink, among other private information. Awarded the contract for a nominal fee of £1 ($1.40), Palantir was only supposed to hold this data until the end of the coronavirus pandemic, but was awarded a second £23 million contract in December, ensuring the data-gathering project will continue until at least December 2022.

Vast amounts of data about our movements, employment, criminal records, religious + political beliefs are being fed into the secretive ‘Covid-19 Data Store’, a huge data black hole built by Palantir for the NHS.We deserve to know how our data is being used. pic.twitter.com/ltUpEbCDf1

The government’s data store – used to inform its pandemic response – was criticized last March for its reliance on US tech firms, like Microsoft, Amazon, and the aforementioned Palantir, to handle Britons’ data. According to an NHS impact assessment, Palantir processes data that includes details on patients’ sex lives, political views, and religious beliefs.

The government inked the deal behind closed doors, and large sections of the contract are redacted – including sections laying out who has access to patient data, how it will be used, and with which third parties it will be shared. Readable in the contract is a line stating that after the coronavirus pandemic subsides, the database may be repurposed for “general business-as-usual monitoring.”

Activists with OpenDemocracy and lawyers with Foxglove Legal this week sued the NHS, claiming that the renewed deal with Palantir warranted a fresh impact assessment and demanding public consultation over the deal, which was awarded without the usual tender process.

As news of the lawsuit broke on Wednesday, the Bureau of Investigative Journalism also revealed that Palantir executives had been lobbying the NHS for access to patient data since summer 2019, six months before the coronavirus first cropped up in China. According to emails seen by the bureau, Palantir’s UK boss, Louis Mosley, hosted a meal attended by Lord David Prior, chair of NHS England, in July. In the days afterwards, Prior thanked Mosley for supplying him with “watermelon cocktails,” and asked him to get in touch with ideas to help the NHS “structure and curate our data.”

In the months afterwards, Palantir offered demonstrations of its services to Prior and his colleagues at its San Francisco offices, and at the World Economic Forum in Davos, Switzerland.

In October 2019, NHS bosses reportedly met with representatives of Microsoft, Amazon, and vaccine manufacturer AstraZeneca to discuss the creation of a “single, national, standardised, event-based longitudinal record for 65 million citizens,” which would be built in the following two years and contain medical and genetic records of every single UK resident. Palantir was said not to be present at the meeting, but Mosley reportedly told Prior shortly afterwards that he had a “very positive meeting” with a top NHS official in private. (RT)