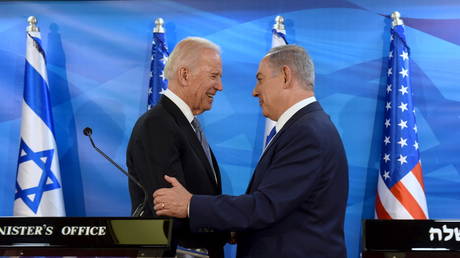 The incoming US envoy to Israel briefly styled himself ambassador to the West Bank and Gaza on Twitter, raising diplomatic eyebrows by reversing his predecessor’s policy of Israeli sovereignty over the Palestinian territories.

Acting US Ambassador to Israel Jonathan Shrier, who assumed his position on Wednesday with the rest of the newly-minted Biden administration, briefly took on some extra territorial responsibilities via his Twitter account, which temporarily described him as head of the US mission to Israel, the West Bank, and Gaza.

While the changes were reverted within hours and described as “an inadvertent edit, and not reflective of a policy change” by a spokesperson for the US embassy in Israel, they nevertheless generated consternation among some US lawmakers – and Israelis.

LR @RepMcCaul “It’s incredibly troubling the administration made this controversial move on Day One, w/o consulting w/Congress. It also seems to fly in the face of comments made by Antony Blinken yesterday. I strongly urge the president to clarify this provocative move quickly.” https://t.co/7fGdDli18i

Some saw the name change as indicating the Biden administration did not consider the West Bank and Gaza part of Israel – a view that would reflect the territories’ status under international law, but fly in the face of outgoing president Donald Trump’s controversial recognition of Israeli sovereignty over what the United Nations recognizes as Palestinian territories illegally occupied by Israel.

Under the Obama administration – the last time Biden held public office – the territories were viewed as occupied, though then-president Barack Obama presided over a dramatic expansion of illegal Israeli settlements in the West Bank and increased the amount of foreign aid given to Israel to a whopping $3.8 billion over ten years.

Also on rt.com As Joe Biden prepares to take power, Iran is ramping up pressure on the incoming president to revive the nuclear deal

Despite the hint of a return to Obama-era policies, however, incoming Secretary of State Anthony Blinken stated during his confirmation hearings on Tuesday that there was no plan to reverse Trump’s decision to move the US embassy to Jerusalem, suggesting at least some of Trump’s alterations to the US’ diplomatic view of the Palestinian territories were here to stay. (RT)