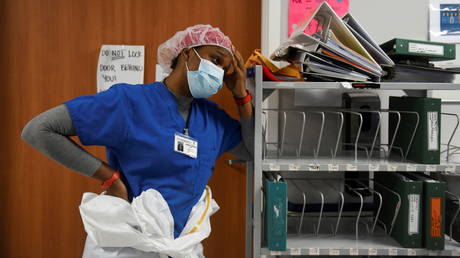 Disease, death, and lockdowns have taken their toll on the world, and a group of Canadian researchers set out to quantify the suffering. They found that their own country suffered severely, along with the UK, Spain, and France.

Published on Monday by Canada’s MacDonald-Laurier Institute, the ‘Misery Index’ examines the impact of the coronavirus pandemic and subsequent government response on human happiness in 15 developed countries. Among 16 different metrics, cases of Covid-19, hospitalizations, and deaths were all taken into account, as were restrictions on normal life, and spikes in unemployment and government debt.

Also on rt.com The New Normal’s religion of ‘techno-voodooism’ has bewitched the world

In first and second place were Norway and New Zealand respectively. Norway has to date recorded just over 75,000 cases of Covid-19 and imposed a brief national lockdown last Spring. A localized lockdown in the Capital, Oslo, began easing gradually last month. New Zealand recorded less than 2,500 cases of Covid-19, and has responded to spikes in infection with short and localized lockdowns, as well as border closures. New Zealand’s economy entered recession last year, but has since returned to growth.

At the other end of the scale, Spain was ranked the most miserable of all 15 countries, followed closely by the UK. Economic woes and the impact of the disease itself drove Spain into the bottom spot, while the UK’s dire economic situation and draconian lockdown policies sunk it down the rankings.

What did the Index find? Overall, Canada ranks 11th out of the 15 countries measured, indicating a relatively poor performance in terms of reducing the misery of the pandemic. Relative to its peers, Canada’s overall performance gets a “C” #cdnpolihttps://t.co/UCeaePjQphpic.twitter.com/SWN66Lagpu

In terms of raw numbers, the UK and Spain have recorded the fifth and seventh most cases of Covid-19 in the world, as well as the fifth and 10th most deaths. Spain’s economy has shrunk by more than 10 percent as a result of the pandemic, while the governor of the Bank of England said this week that the UK may never recover from its current economic downturn. (RT)

Today is the 101st anniversary of National Sovereignty and Children’s Day in Turkey. On April…

Farid Shafiyev: Azerbaijanis have all grounds to return to Armenia

“If we are talking about a fair solution to the Armenian-Azerbaijani conflict, of course, Azerbaijanis…