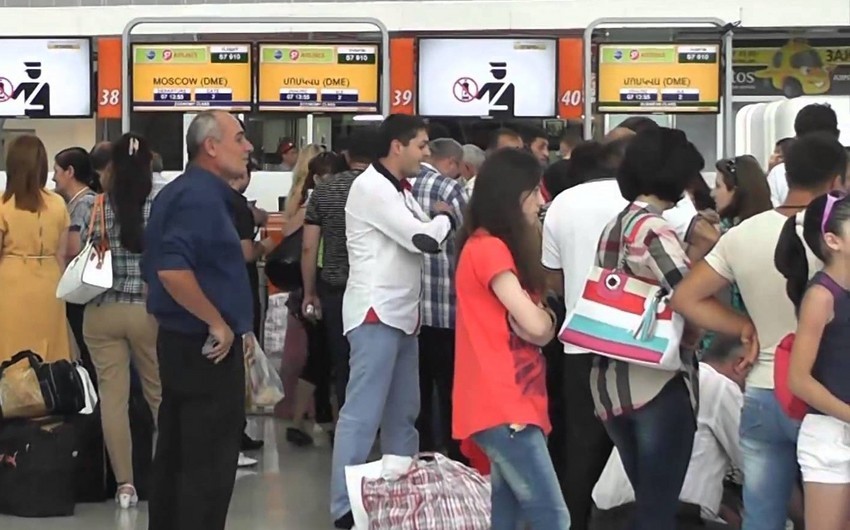 Armenia has seen an unprecedented migration growth – the difference between the number of those who arrived and left in the first five months of 2021 reached 88,854 people, the Head of the State Migration Service, an expert on migration issues Gagik Yeganyan said, Report informs via Armenian media.

“It is necessary to conduct in-depth research to find out the reasons. But one thing is clear; migratory sentiments have significantly grown. We haven’t had such a picture for at least 25 years,” he said.

So, in January-March 2021, according to official data, 63,713 citizens irrevocably left Armenia. Since April, this figure has increased by 16 827, in May – by 8 314. Thus, the negative balance of passenger traffic for the first five months of the year has already approached 90,000.