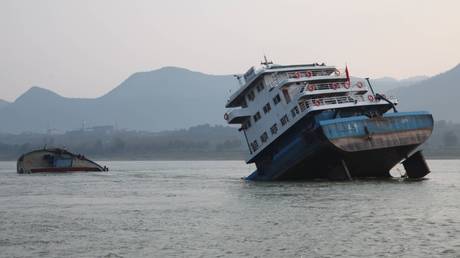 Bank of England head Mark Carney has urged his fellow central bankers to embrace tech like Facebook’s Libra to build a multipolar system, warning against “swapping one currency hegemon for another” – unless it’s their hegemon.

Carney declared that a Libra-like currency – with a few tweaks to silence critics – can bring about a new “multipolar international monetary financial system” (IMFS) during a speech at the Fed-sponsored Jackson Hole Economic Policy Symposium on Friday. Acknowledging that the dollar’s days as the world reserve currency are numbered, he gushed that “technology has the potential to disrupt the network externalities that prevent the incumbent global reserve currency from being displaced” – and to ensure that central banks are properly positioned to take the helm in whatever system replaces it.

“Blithe acceptance of the status quo is misguided,” the Bank of England bigwig warned a who’s-who of status quo representatives, shocking many with his suggestion of radical change.

When change comes, it shouldn’t be to swap one currency hegemon for another. Any unipolar system is unsuited to a multipolar world.

But it soon became clear his objection was to one particular country winning the unipolar sweepstakes, as he acknowledged that China has long since overtaken the US’ trade volume and the yuan is logically next in line for reserve-currency status. The yuan, Carney maintained, had too many problems – though he couldn’t name any, instead admitting that with the Belt and Road Initiative unfolding, China was ideally positioned to fill the void left by the decaying dollar – and “a multipolar global economy requires a new IMFS to realize its full potential.” How to get there without the economic carnage that usually surrounds such a massive paradigm shift? That’s where (pseudo?) decentralized cryptocurrency comes in, he suggested. 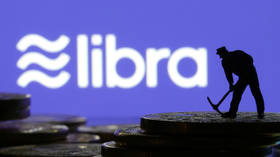 “We would do well to think through every opportunity, including those presented by new technologies, to create a more balanced and effective system,” Carney continued, with a nod to his Silicon Valley ally. Facebook CEO Mark Zuckerberg met with Carney while Libra was still in the planning process, and while neither have been forthcoming about what they discussed, Carney is one of the few non-corporate leaders to express unqualified support for the not-quite-cryptocurrency, which he calls “the most high profile” of electronic payment systems even though it hasn’t actually been rolled out yet and is facing major regulatory scrutiny from governments wary of Facebook’s dismal privacy track record. (RT)