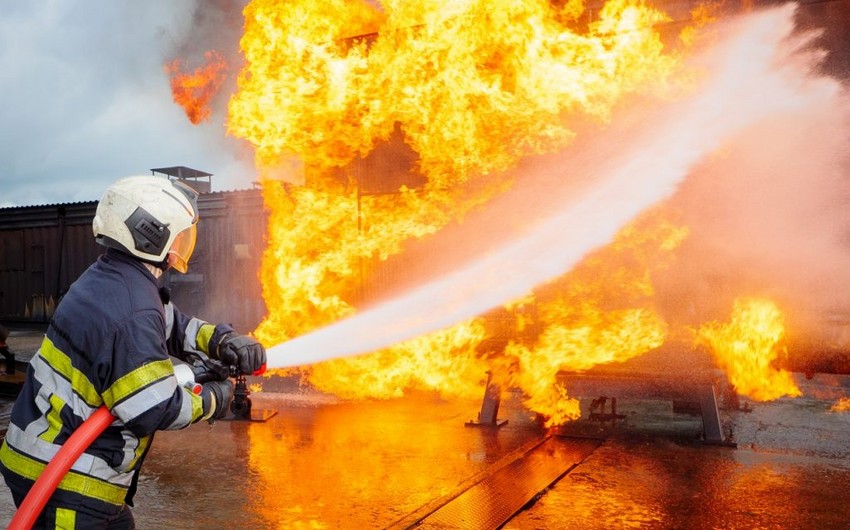 Report informs, citing foreign media, that The walls of the shopping center collapsed due to explosion. The fire fighters and rescuers arrived at the scene and extinguished fire.

Nine injured were transported to hospital.

The governmental delegation led by First Deputy Prime Minister Achilbai Ramatov and comprised of officials of the Interior Ministry, Ministry of Emergency Situations, National Guard, Health Ministry and other agencies is working at the scene.