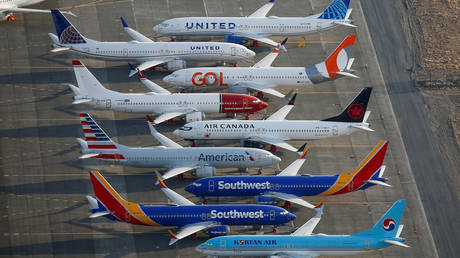 The US aerospace giant Boeing’ costs are likely to rise substantially, analysts say, as airlines continue to push back MAX 737’s from their schedules. The company’s best-selling planes have been grounded now for the 11th month.

The worldwide grounding had airlines lose more than $1 billion in revenue and Boeing more than $7 billion. The company, which took a $5.6 billion pretax charge in July to compensate airlines and other customers for the grounding, is to report full-year and fourth-quarter earnings on January 29. Some Wall Street analysts expect it to take additional charges related to the troubled airplane. (RT)