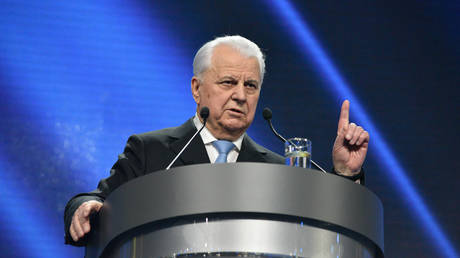 Russia and Ukraine should come to an agreement on Crimea and Donbass, and Kiev is ready to compromise. That’s according to Leonid Kravchuk, the first Ukrainian president, who thinks the two nations need to resolve their issues.

“Crimea is a topic for conversation, and Donbass is a separate one. We have been trying to reach an agreement on the Donbass for seven years, but we cannot,” Kravchuk told Moscow-based radio station NSN on Thursday. “I am not saying that Ukraine is perfectly right in everything. But Ukraine is ready for compromises.”

In his opinion, the best way to reach a settlement on the many disagreements and problems is through negotiation; he noted that merely throwing accusations and demands at the Ukrainians will not work. In particular, Kravchuk suggested that Kiev could come to an agreement with Moscow over the ever-worsening water supply issue on the peninsula.

Also on rt.com Ukrainian allegations of Russian post-Maidan wrongdoing in disputed Crimea to be heard in part by European Court of Human Rights

“Crimean Tatars have provided documentary evidence that their fundamental human rights are being violated on the peninsula,” he said. “In addition, neither Ukraine nor the international community can accept that Crimea voluntarily became part of Russia. The state that resorted to annexation should be responsible for this.”

Crimea was re-absorbed into Russia in March 2014, following a referendum. The vote is not recognized by most of the world, which views it as an illegally occupied Ukrainian peninsula. (RT)