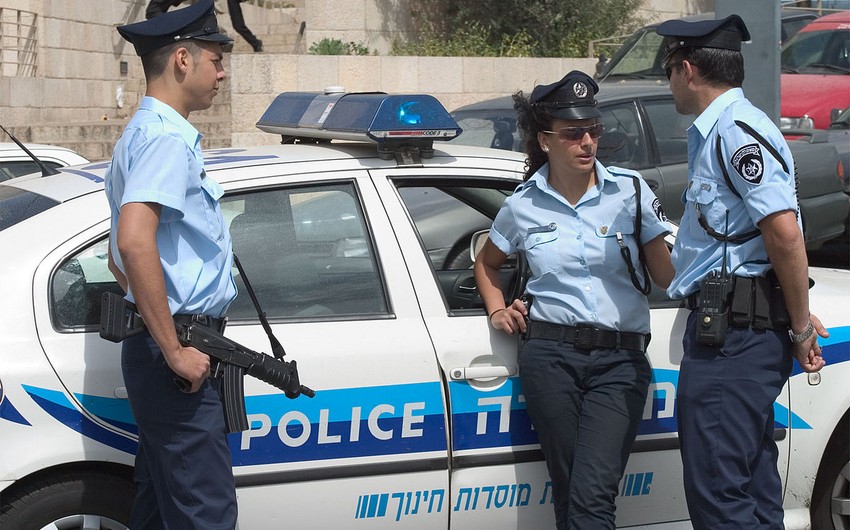 Seven people were hurt, including two seriously, in an apparent terror shooting attack just outside Jerusalem’s Old City in the pre-dawn hours of Sunday, officials said, Report informs via The Times of Israel.

According to authorities, shots were fired toward a bus on a road near the Western Wall, and also at a nearby parking lot near King David’s Tomb, outside the Old City’s Zion Gate.

Those wounded in the attack included a 35-year-old pregnant woman who was shot while sitting in a nearby car, Hebrew media reported. Her abdomen injury was described by doctors as “complex” and her life was said to be in danger. Shaare Zedek hospital said she had undergone emergency childbirth and that the newborn was in serious but stable condition.

Also among the injured were reportedly four members of a Satmar Hasidic family who came from the United States as tourists on Wednesday. The parents, son and daughter were waiting for a taxi at a bus stop when they were shot near King David’s Tomb. The family’s father was said to be in serious condition, sedated and on a respirator, while the mother was in moderate condition.

The alleged perpetrator had reportedly waited for the bus’s arrival and fired the shots while passengers were boarding, before fleeing on foot to the Silwan neighborhood, where police were conducting a widespread manhunt throughout the night.

Israeli Defense Minister Benny Gantz also said security forces were working to track down the assailant and any accomplices.

Police sealed off the area following the attack and briefly prevented worshipers from entering and exiting the Western Wall compound.

Palestinian terror group Hamas, which rules the Gaza Strip, was quick to praise the attack, branding it “heroic” and saying it was “a natural response to the occupation’s daily crimes against our people, our country and major Muslim and Christian sites.”

BP (BP.L) is targeting the North Sea and US shale basins to boost oil and…