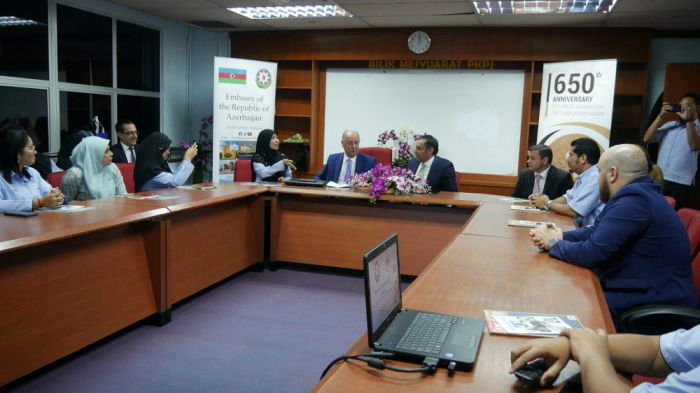 An event has been held in the city of Petaling Jaya, Selangor state, Malaysia to celebrate the 650th anniversary of great Azerbaijani poet and thinker Imadaddin Nasimi.

The event was organized by Azerbaijan’s Embassy in Kuala Lumpur, according to AZERTAC.

COVID-19 pandemic has affected trade turnover between Azerbaijan and Italy, the country’s Ambassador to Azerbaijan…

Azerbaijan-European Union online business forum kicks off. According to Report, the event was opened by…

Cooperation between EU and Azerbaijan continues despite pandemic – Jankauskas

Cooperation between the EU and Azerbaijan continues despite the COVID-19 pandemic, Head of EU Delegation…

Azerbaijan’s talented violinist, Honored Artist Elvin Hoja Ganiyev has qualified for the Semifinal of the…

Secretary-General of the Organization of Islamic Cooperation (OIC), Dr. Yousef A. Al-Othaimeen, received Ambassador of…

National Music Day in Azerbaijan is celebrated on September each year. The music feast marks the birthday of…