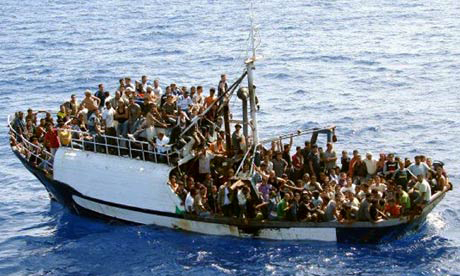 Libyan coast guards on Saturday rescued 53 illegal immigrants off the coast of the city Sabratha, some 60 km west of the capital Tripoli, according to Xinhua.

The migrants, who are of different African nationalities, include 10 women and one child, the statement said.

The rescued immigrants have been provided with humanitarian and medical support and taken to a reception center, the statement added.

The United Nations Higher Commission of Refugees (UNHCR) on Saturday called for an end to detaining illegal immigrants in Libya after they were rescued at sea.

“UNHCR reiterates that detention of refugees disembarked in Libya after being rescued at sea has to stop,” UNHCR tweeted.

Due to the state of insecurity and chaos following the 2011 uprising that toppled the late leader Muammar Gaddafi’s regime, Libya became a preferred point of departure for thousands of illegal immigrants wanting to cross the Mediterranean toward European shores.