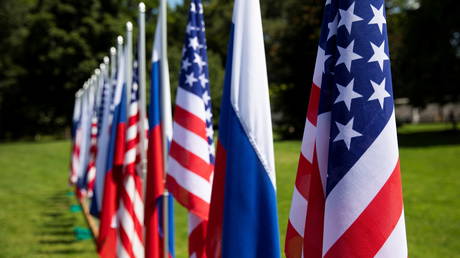 The two-hour conference call on Tuesday also addressed cybersecurity and ransomware in particular, as well as the ongoing crisis in diplomatic relations between the US and Russia, arms control negotiations, and attempts to restart the Iran nuclear deal that Biden’s predecessor, Donald Trump, repudiated in 2018. 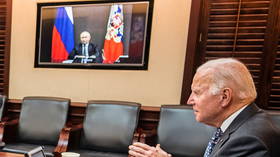 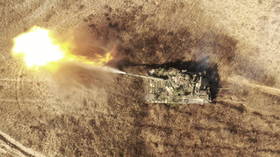 US comments on Russia’s ‘Ukraine invasion’

Biden voiced US concerns about the alleged Russian plan to “invade” Ukraine in January, an accusation by American spy agencies that Moscow has called “fake news.” The US president threatened new sanctions against Russia if such an invasion happens. In the wake of the meeting, however, the White House said they don’t believe Putin has already decided to “further invade” Ukraine.

Putin replied that it was NATO making aggressive moves against Russia, including in Ukraine, and said Moscow was interested in getting firm legal guarantees that the US-led alliance would not expand any further to the east, or deploy offensive weapon systems in any countries bordering Russia, which includes Ukraine. He also denounced the “destructive” policy of the Kiev government, saying it aims to dismantle the peace agreements in eastern Ukraine. 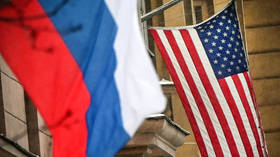 The Russian leader proposed to remove all the accumulated limitations on the functioning of embassies and consulates, imposed over the past seven years in tit-for-tat sanctions, and thereby normalize diplomatic activity. The US started the conflict by expelling Russian diplomats at the end of 2016; the back-and-forth reductions have since resulted in the closure of multiple consulates and inability of embassies in both countries to operate at full capacity.

Read more:   US to impose sanctions against Russia over Salisbury nerve agent attack

Russia and US fighting hackers and ransomware

While the White House briefly mentioned “ransomware” had come up during the talks, the Kremlin said that both sides expressed readiness to “continue interaction” in fighting cyber crime, on both technical and law enforcement levels. Claims that ‘Russian hackers’ were involved in breaches of US politicians and infrastructure have plagued relations with Moscow since the 2016 US election. Moscow has accused the US of “hunting” Russian nationals across the world on charges of cyber crimes, while calling out Washington for ignoring hacking attacks made by US “client” states.

On the 80th anniversary of the attack on Pearl Harbor, which got the US openly involved in WWII, the two leaders agreed that those who fell in the cause of victory should not be forgotten. They also recalled the alliance between Washington and Moscow during that war, which they said could serve as an example for cooperation in the present day.