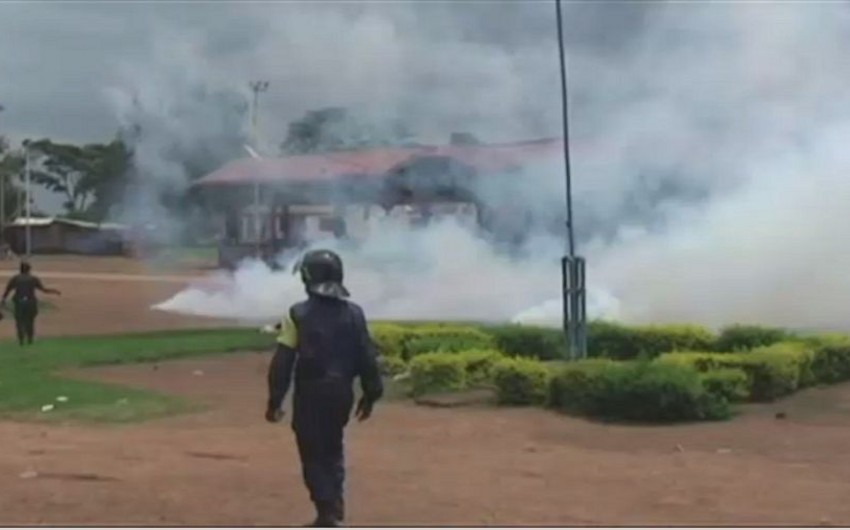 Three days of national mourning began in DR Congo on Saturday after the alleged massacre of civilians in the country’s east, with the government now giving a death toll of “more than 100,” Report informs via Barron’s.

On Thursday, the government accused the M23 militia — with whom it is locked in a months-long conflict — of slaughtering 50 people at Kishishe, a village around 70 kilometres north of the city of Goma.

The M23 hit back, saying the allegations were “baseless” and denying that it targeted civilians.

At a council of ministers meeting on Friday, the DRC’s president Felix Tshisekedi “condemned in the strongest terms the massacre of more than 100 compatriots in Kishishe”, government spokesman Patrick Muyaya said.

He said Tshisekedi had “instructed the government to declare three days of national mourning,” adding that flags would be flown at half-mast throughout the country.

The period of mourning will end on Monday with a televised fundraising event to support victims, Muyaya said.

Since reports of the massacre emerged, calls for an independent investigation have been mounting.

The March 23 movement, or M23, is a predominantly Congolese Tutsi rebel group that was dormant for years.

It took up arms again in November last year and seized the town of Bunagana on the border with Uganda in June.