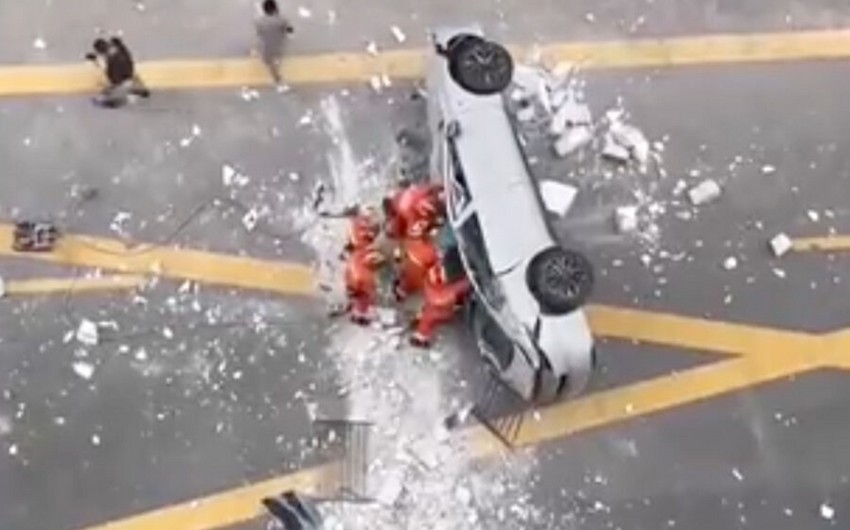 Two testing staff members died during a test drive after a car made by Chinese electric vehicle (EV) start-up Nio fell from the third floor of an office building housing the carmaker’s headquarters in Shanghai, Report informs referring to the South China Morning Post.

They lost control of the car in a parking area in Shanghai Automotive Innovation Port in Anting, Jiading district, before the car smashed windows and fell to the ground, according to state-owned Shanghai Television.

Nio confirmed the accident and said the testing staff included one of its employees and a technician from one of its partners, without elaborating further. No flaws involving the test vehicle had been found in initial investigations, it added.

“Claims of government overreach” are fueling domestic terror, the agency said A Federal Bureau of…

Qatar apologizes to Turkiye for scandal at Islamic Games  – VIDEO

The Qatar Volleyball Association has apologized to Turkiye for the scandal caused by Saad Sulaiman,…