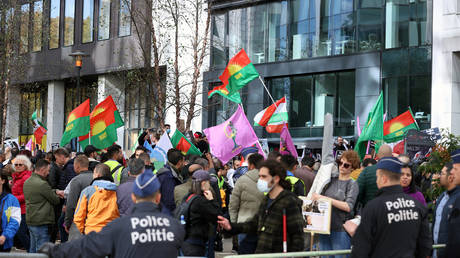 Armed separatists killed 19 people, including several members of the Islamic Revolutionary Guard Corps (IRGC), at a police station in Zahedan in southeastern Iran on Friday, state media reported. At least 32 members of the IRGC were also injured in the attack, including members of the Basij volunteer forces.

The gunmen allegedly hid themselves among worshipers inside a mosque near the station before attacking, IRNA reported. Social media postings mention multiple police stations in Zahedan being seized by Baluchi “protesters” on Friday, though state media reports do not name the separatist group involved in the deadly assault. Tasnim news agency reported that Iranian security forces had thwarted another “terrorist” attack on a Zahedan police station on Friday. 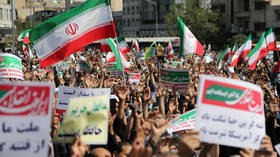 It was not clear if the attacks were connected to the ongoing protests in the country over the death of Mahsa Amini, a young woman accused of wearing her hijab improperly, in police custody.

While police insisted Amini died of a heart attack, others claim she was beaten to death, and opposition groups within Iran have leveraged the resulting unrest to call for regime change. Amini’s Kurdish background has made her death a cause celebre for ethnic separatist movements, and Friday’s attack took place in Sistan and Baluchistan province, where ethnic Baluchi separatists have previously attacked Iranian security forces.

At least 41 protesters and police have been killed since protests over Amini’s death began last month, according to Iranian state TV.

Iran’s intelligence ministry has arrested nine foreigners connected to the protests, including French, German, Dutch, Italian, Swedish, and Polish citizens. The government has blamed “hostile foreign entities” for the unrest. US-backed media and influencers were among the first to claim Amini had been beaten, though CCTV footage from the police station where the beating allegedly occurred only shows the 22-year-old arguing with an officer and then walking away before falling to the floor. The US, which overthrew Iran’s secular democratically elected government in 1953, has openly sought regime change in Tehran since the 1979 Islamic Revolution. (RT)